IT decision makers, C-suite executives each believe the other is responsible for cyber breaches: study

IT decision makers and C-suite executives each believe the other is responsible in the event of a cyber breach, according to new research from BAE Systems, a provider of technology defence, aerospace and security solutions. 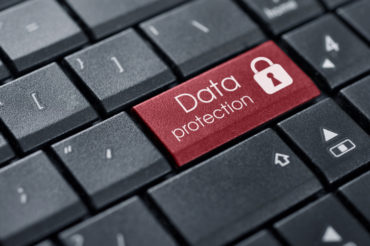 According to BAE Systems’ 2017 Cyber Defence Monitor Research, C-level executives also predict the cost of cyberattacks to their businesses to be US$7.6 million less than their IT colleagues (US$11.6 million from C-suite versus US$19.2 million for IT decision makers). For the report, strategic insight analysts Opinium polled 221 C-suite at Fortune 500 companies and 985 IT decision makes in eight countries: the United Kingdom, Germany, United States, Canada, Australia, Singapore, Malaysia and the United Arab Emirates.

The latest findings reveal that cybersecurity is the “most significant business challenge” to 71% of C-suite respondents, BAE Systems said in a press release on Thursday. Additionally, 72% of IT decision makers think they will be targeted by a cyberattack in the next 12 months, and both groups report that they expect the frequency and severity of attacks to increase. To counter this, BAE Systems reported, more than half of C-suite respondents (55%) plan to devote more time and resource to cybersecurity.

“This research confirms the importance that business leaders place on cybersecurity in their organizations,” said Kevin Taylor, managing director of BAE Systems Applied Intelligence, in the release. “However, it also shows an interesting disparity between the views of C-level respondents and those of IT decision makers. With successful cyberattacks regularly making headline news, our findings make it clear that the C-suite and IT teams recognize the risks but need to concentrate on bridging the intelligence gap to build a robust defence against this growing threat.”

More News
Related
Canada second most expensive country for data breaches: IBM and Ponemon Institute study
One in three cyberattacks in the past year resulted in a security breach for Canadian companies, new Accenture survey finds
Global market for usage-based insurance grew by 32% in 2016 to 14 million policies: PTOLEMUS
Some CEOs, enterprises missing the boat on mobile technology: SOTI study