In a priority dispute between insurers over accident benefits payments, the claimant does not necessarily have to be notified about the priority dispute at the same time as the other carrier, the Ontario Court for Appeal has ruled. 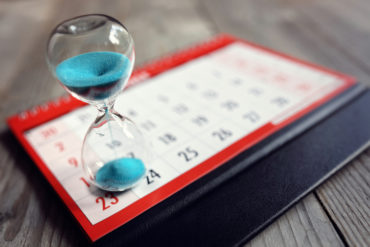 The major caveat is that the claimant needs to be notified in enough time to participate in the proceedings to resolve the priority dispute, should the insured wish to do so.

In The Dominion of Canada General Insurance Company v. Unifund Assurance Company, Jing Hua Fan, an accident benefits claimant, was injured in November 2011 when he was test driving a customer’s vehicle at the auto repair shop he owned.

The Dominion of Canada General Insurance Company insured the repair shop under a garage policy of insurance. Fan was also a named insured under a motor vehicle liability policy issued by Unifund Assurance Company, covering his personal vehicle.

Dominion received Fan’s application for accident benefits on Jan. 4, 2012 and began paying him. Twenty days later, Dominion delivered a notice to Unifund, asserting that Unifund was in higher priority to pay Fan’s claim under s. 268(2) of the Insurance Act.

Dominion’s January 24 notice was in the form of a Notice to Applicant of Dispute Between Insurers (DBI Notice). At the time, Dominion did not send a copy of the DBI Notice to the claimant or otherwise notify Fan of the priority dispute between the insurers.

After two pre-hearing conference calls with the arbitrator, Dominion notified Fan of the dispute between the insurers by letter dated June 23, 2014, which enclosed the DBI Notice. The notice informed Fan of his right to object to the transfer of his claim and, if he objected, of his right to participate in any proceeding that might take place to determine which insurer was responsible to pay SABS.

Fan did not respond to the notice. He attended an examination under oath in July 2014. He continued to receive benefits from Dominion. He did not resolve his SABS claim with Dominion, and the claim remained open during these proceedings.

Unifund objected that Dominion was out of time to pursue the priority dispute, since it did not notify Fan within 90 days (the time required by law to notify an insurer of a priority dispute).

However, the arbitrator concluded that Dominion was not barred from pursuing its priority dispute, even though it did not send the required notice to the claimant until after the arbitration proceeding had been commenced. The arbitrator’s decision was overturned by a judge, but later reinstated by the appellate court.