QUEBEC – Ottawa’s plan to legalize marijuana is causing a rift with Quebec over how many plants are allowed to be grown at home. 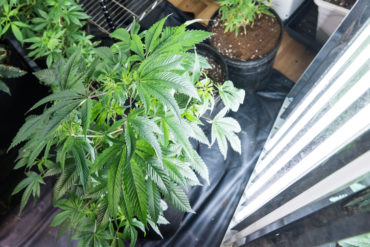 The federal government’s bill allows Canadians to cultivate up to four pot plants, while Quebec doesn’t want its citizens to grow any.

Quebec Government House Leader Jean-Marc Fournier said Thursday the province will not let Ottawa dictate how cannabis is controlled and distributed in its territory.

“We are a nation and we will exercise our competencies and we won’t abandon them,” Fournier told reporters.

Prime Minister Justin Trudeau says his government will legalize pot by the summer, with each province creating its own legislative framework for how the substance is controlled.

Federal Justice Minister Jody Wilson-Raybould said Wednesday the federal rules around marijuana plants will take precedence over provincial law. She said provinces are “limited” with what they can do regarding at-home cultivation.

Fournier said his province’s bill is not in conflict with Ottawa’s legislation, because the latter prohibits “more than four” plants for personal cultivation, while Quebec allows zero.

The federal government can ban “five or more plants at home,” Fournier said. “But it’s not up to (Ottawa) to authorize zero, one, two, three or four plants. That falls to the provinces.”

Fournier said he was ready to take the issue to court if the federal government pushed back on his government’s plan.

Manitoba is the only other province seeking to ban personal marijuana cultivation.