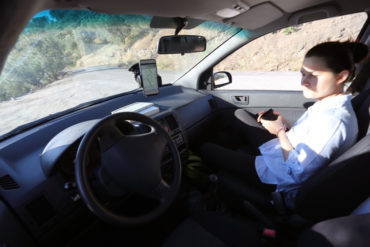 The study authors, Sijun Shen and David M. Neyens of the Department of Industrial Engineering at Clemson University in Clemson, S.C., further noted in an article about the study that they simulated a gust of wind that pushed the cars out of their lanes and then monitored the drivers’ responses.

“In the manual cars, the drivers had their hands on the wheel so they could steer back into the lane quickly and smoothly,” the article said. “But when we gave the drivers of the semi-automated cars something else to concentrate on – a video – they responded more slowly and severely, pulling the steering wheel harder and jolting the car back into the lane to compensate for the delay.”

The findings of the study could have implications for driver education, the authors noted, such as how it could be shaped or implemented for driving vehicles in which people are not actively engaged in some of the driving tasks. “Will we have driving students learn how to do specific things even if the vehicle is designed to do the tasks for them?” the authors asked.

“Think about the transition from manual to automatic gear shift – someone who doesn’t know how to drive a manual transmission vehicle is still able to drive and knows the rules of the road,” the article stated. “Take that concept and extrapolate it: compare a manually driven car to a vehicle in which the ‘driver’ has never driven. For fully automated vehicles, should there be driver education at all? I think so. But what that will look like in the future is still an important question.”