The new tort of intrusion upon seclusion is “a big deal for drone operators,” and experts on operating drones will be “key to helping a court” determine the standard of care in negligence lawsuits, a lawyer suggested at a recent conference. 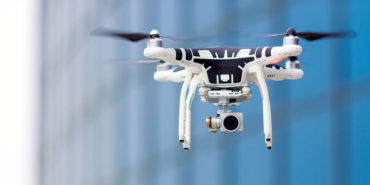 Drones or unmanned aerial vehicles “can fly anywhere,” said Dara Lambe, a London, Ont.-based partner with Lerners LLP whose areas of practice include insurance law. “They have cameras and video capability and most of them have the capability to transport, in real time, information back to the operator, so that raises some interesting quagmires.”

Lambe made her comments Tuesday during a conference session at the Ontario Insurance Adjusters Association’s professional development and claims conference in Toronto.

However alleged privacy breaches are “potentially actionable” – provided they meet four criteria explained by the Court of Appeal for Ontario in 2012 when it released its ruling in Jones v. Tsige.

Sandra Jones and Winnie Tsige were co-workers at the Bank of Montreal. Jones was also a BMO customer. Court records indicate that Tsige accessed and reviewed Jones’ bank records on 174 occasions in 2006 through 2009. Jones sued Tsige in Ontario. Her lawsuit was dismissed in 2011 by the Ontario Superior Court of Justice, but that ruling was overturned on appeal, when the Court of Appeal for Ontario recognized the common law tort of intrusion upon seclusion.

“This was a big deal,” Lambe said told attendees of the OIAA conference, held at the Metro Toronto Convention Centre. “We haven’t had a new tort in about 200 years.”

One “key feature” of the tort is that “the defendant’s conduct must be intentional, within which I would include reckless,” wrote Mr. Justice Robert Sharpe on behalf of himself and the other two judges hearing Jones’ appeal. “Second, that the defendant must have invaded, without lawful justification, the plaintiff’s private affairs or concerns; and third, that a reasonable person would regard the invasion as highly offensive causing distress, humiliation or anguish.”

A fourth criteria for the tort is the question of whether the plaintiff has “suffered some anguish” because of the action, Lambe said Tuesday.

“The court has put a $20,000 cap on this so that’s the most you can get, but that’s not chump change when you think about the fact that you don’t have to have a medical expert to corroborate this,” Lambe said. “This sent some shock waves out into the legal world.”

Since 2012, there have been 83 reported court decisions on the tort of intrusion upon seclusion, Lambe suggested.

“It’s a big deal for drone operators,” Lambe said, adding some statutes – such as the Personal Information and Protection of Electronic Documents Act – could also apply when photos or videos are taken without the subjects’ permission.

“Personal information, for the purposes of those acts and what’s protected is very broad,” Lambe said. “It applies to information about an identifiable individual. So that includes a picture. That includes a video. That is personal information and it requires protection under these acts, so of course if somebody wants to take a picture of you, or a video of you with a drone or anything else they need to get your consent for that.”

There are some exceptions – for journalists for example – “but those exceptions are pretty limited,” Lambe reported.

There have been some incidents of property damage and personal injury involving drones, she noted.

In 2014, for example, a drone crashed into a warehouse, the lithium ion batteries caught fire and the warehouse “had very flammable material in it,” Lambe noted.

“There is potential for significant damage,” she said, adding in order to make a successful claim of negligence, a plaintiff has to show three things. First, there must be a duty of care owed by the drone operator. Second, it must be proven that the standard of care was breach. Third, the plaintiff must “show that the breach of the standard of care caused the insult whether it’s personal injury or property damage,” Lambe explained.

“The issue is really, what is the standard of care for a drone operator?” she said. “It’s going to be informed by the aviation regulations and, I think, Transport Canada publications about the knowledge requirement for pilots. There are drone operators courses that are offered at most of the colleges.”

Experts who teach drone operators’ courses “are going to be key to helping a court, at least in the first few cases, establish what the standard of care is,” Lambe said. “We will need those experts to tell the court, ‘Here’s what the regulations are for this person operating this type of drone under those conditions,’ so I think there is a lot of room for experts in that field to inform the judges who will be hearing those cases and won’t know anything about this.”