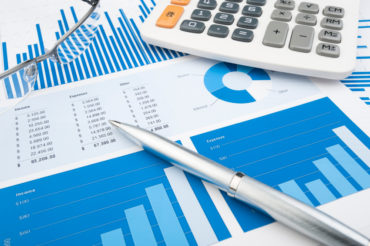 Net loss for the three months ended Mar. 31, 2016 amounted to $4.5 million, down 244% from the net income of $3.2 million in the same quarter of 2015, reports Echelon Financial Holdings (EFH), which operates in the property and casualty insurance industry in Canada and Europe. The company primarily focuses on non-standard automobile insurance and other specialty p&c insurance products, operating and distributing through Echelon Insurance, The Insurance Company of Prince Edward Island and Qudos Insurance.

In terms of net operating income or loss, the drop was greater, with EFH recording a loss of $4.0 million in 2016 Q1 compared to an income of $2.1 million in 2015 Q1, notes a company statement issued earlier this week.

In addition, there was a 10% decrease in net written premiums to $63.1 million in the first quarter, “primarily driven by additional co-insurance and reinsurance on motor programs written in the International segment,” EFH reports.

The International division generated an underwriting loss of $7.4 million compared to an income of $1.8 million in the same period, primarily as a result of losses in the United Kingdom and Irish auto programs, notes the EFH statement. “We have initiated a full claims review on these programs,” it adds.

For Commercial Lines, EFH notes that the underwriting loss was $0.8 million compared to $0.4 million underwriting income, primarily because of a large loss in commercial property. “The company continues to focus on growing the Canadian business through product expansion, technology investments, and strong broker relationships,” the statement notes. 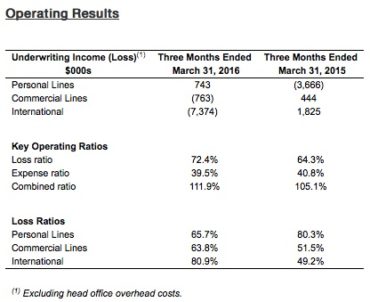 The weak International performance also contributed to a higher combined operating ratio in 2016 Q1, which rose to 112% compared to 105%.

“Our Canadian business, particularly Personal Lines, continues to produce stable, consistent profits,” EFH CEO Steve Dobronyi (pictured below left) says, but the Canadian results are overshadowed by the challenges in the International business. 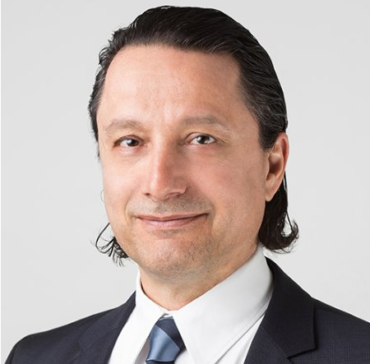 “As we’ve previously announced, we are exploring a structured process and a broad range of options to divest the International segment. This will allow us to focus on our top priority of building and growing our Canadian operations,” Dobronyi continues.

That being the case, the Board of Directors “has elected to suspend the quarterly common share dividend until further notice,” the statement notes. “This decision provides the opportunity to retain capital for future Canadian growth initiatives.”

EFH will build on Canada’s strengths by “enhancing our product offering coast-to-coast and launching a new technology platform for speed and agility,” says company president Serge Lavoie (pictured below right). “Our team is fully committed to the broker channel with a highly responsive, hands-on, flexible approach to partnerships.” 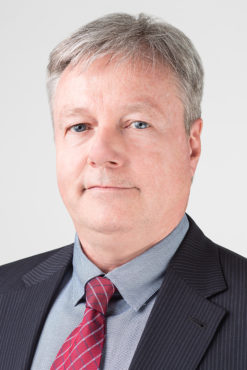 Other results for the first quarter of 2016 include the following: