Economical Insurance is a step closer to demutualization and becoming publicly traded on the stock exchange. 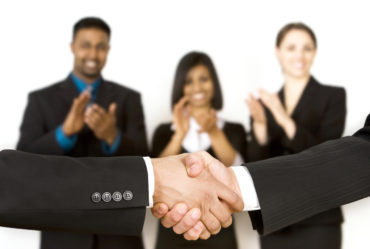 An overwhelming majority (99%) of the insurer’s mutual policyholders voted Wednesday in favour of a demutualization proposal released in January. Several more steps are necessary before Economical could demutualize, but the insurer described Tuesday’s vote in Kitchener, Ont. as a major milestone.

“It has been a long and complex journey, but we are gratified for the overwhelming support from our eligible mutual policyholders at this important moment in our history,” chairman of the board John Bowey stated Wednesday in a release.

The next step is for Waterloo-based Economical to ask the federal Office of the Superintendent of Financial Institutions (OSFI) to hold a meeting of all 630,000 eligible policyholders to vote on the conversion plan. If that vote passes, Economical would apply to the federal Minister of Finance for the final regulatory approval to demutualize.

Demutualization would mean Economical starts the process of getting listed on a stock exchange and some policyholders could be issued hundreds of thousands of dollars worth of shares. It would also be easier to raise money from capital markets to buy other companies.

“The price of the shares sold in the IPO [initial public offering] is ultimately what determines the value of the demutualization benefits distributed to eligible policyholders, and the proceeds from the IPO will also provide the funding for cash benefits distributed to eligible recipients,” Rowan Saunders, president and CEO of Economical Insurance, said in a statement.

If Economical does demutualize, it has to be widely held for the first two years of stock exchange trading. This means no one could own more than 10% of Economical. After that two-year period, another firm could buy Economical.

Economical Insurance is the only federally-regulated property and casualty insurer to start the demutualization process. Four life mutuals (Canada Life, Sun, Clarica and Manulife) demutualized about 20 years ago. Of the federally-regulated P&C mutuals, Wawanesa, Gore and Heartland have all said they have no plans to demutualize.

Economical’s board of directors voted unanimously in late 2015 to start the demutualization process – which ultimately requires federal government approval and consent of the majority of policyholders.