Directors’ liability at issue in challenge to environmental protection order

A Saskatchewan company facing a possible fine of $1 million arising from an alleged environmental offence could have its case heard by the Supreme Court of Canada. 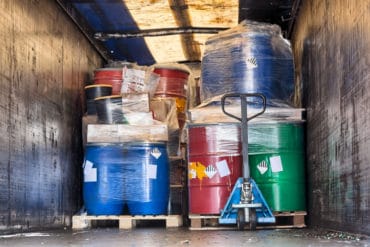 Fines and clean-up costs are not normally covered by commercial general liability or directors and officers liability insurance, but specialty coverage is available on the market.

Envirogun Ltd. used to operate a hazardous waste transfer station, which collected oil and other automotive waste material, in the municipality of Sherwood, east of Regina. That property was seized in 2009. The company and its owner, Clint Kimery, were given an environmental protection order in early 2011 by a provincial government official.

Among other things, they were ordered to remove all hazardous waste from the site.

Saskatchewan law is similar to that of some other provinces. Companies, as well as individual directors and officers, can be ordered by provincial officials to carry out work (such as clean-up) in order to comply with environmental legislation.

With Envirogun, several court proceedings ensued. The defendants were initially convicted in 2015 – by Justice Bruce Henning of the Provincial Court of Saskatchewan – of failing to comply with the environmental protection order.

The maximum punishment is $1 million fine and the maximum jail sentence is three years.

Kimery and Envirogun argued – among other things – that they no longer had title to the land.

They were initially successful on appeal. In R. v Envirogun Ltd., released in 2016, Justice Lian Schwann – then of the Court of Queen’s Bench of Saskatchewan – ruled that provincial court judge Henning erred by “refusing to hear evidence or consider arguments tailored to an attack on the validity” of the environmental protection order against Envirogun.

“Given the severity of the penal consequences under (the Saskatchewan Environmental Management and Protection Act), coupled with the potential for criminal liability accruing to a director, officer or agent of the corporate entity,” Envirgun and Kimery “should have been given an opportunity to challenge the validity of the underlying order in defence of the charge” of failure to comply, Justice Schwann wrote. She ordered that a new trial, for failure to comply, be held.

Her decision was reversed on appeal in a unanimous ruling – released in January, 2018 – by the Court of Appeal for Saskatchewan.

On July 27, 2018, the Supreme Court of Canada announced that Envirgun is applying for leave to appeal the Court of Appeal for Saskatchewan ruling.

Now it is up to three Supreme Court of Canada judges – Andromache Karakatsanis, Michael Moldaver and Suzanne Côté – to decide whether Canada’s top court will review the 2018 ruling by the Saskatchewan court of appeal.

In essence, the appeal court ruled that it was the Court of Queen’s Bench, not the Provincial Court, that was wrong. So the order for a new trial was quashed.

The main issue on which judges disagree is how the legal doctrine of “collateral attack” applies. That doctrine, in essence, “prevents a person charged with violating a court order from saying, in his or her defence to that charge, that the order is invalid or unlawful,” Justice Neal Caldwell of the Court of Appeal for Saskatchewan wrote.

In 2016, Court of Queen’s Bench judge Schwann noted that the Saskatchewan law provides “a limited form of appeal” of clean-up orders. In Kimery’s case, he “had no opportunity to have the substantive merits and individual rights asserted independently” from the province’s environment minister, Justice Schwann added.

The Saskatchewan Environmental Management and Protection Act gives judges of the Saskatchewan Court of Queen’s Bench the power to review pollution clean-up orders.

Therefore, the Court of Queen’s Bench “enjoys a discretionary supervisory jurisdiction, under its constitutional function of judicial review, over the exercise of statutory powers by public officials and tribunals,” Justice Caldwell wrote. Concurring were judges Maurice Herauf and Peter Whitmore.