Europe’s insurers paid out a total of 975 billion euros in claims and benefits over the course of 2015, the equivalent of about 2.7 billion euros per day, according to figures released on Tuesday by Insurance Europe, the European insurance and reinsurance federation. 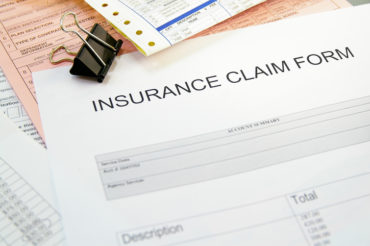 The figures, which were published in the federation’s annual European Insurance in Figures report, showed that despite an unfavourable economic environment, the European insurance industry paid out 1.6% more than in 2014.

According to the report, insurers remained Europe’s largest institutional investors, with about 9.9 trillion euros invested in the economy. The European insurance market – the largest in the world – continued to grow in 2015, with total premiums increasing by 2% to 1.21 trillion euros. However, average insurance penetration (gross written premiums as a percentage of gross domestic product) decreased slightly in Europe from 7.62% in 2014 to 7.41% in 2015, Insurance Europe said in a press release.

Overall, the macroeconomic environment for European insurers improved last year, the report said. The European economy continued to grow modestly, with the real GDP of the 28 European Union member states increasing by 2.2%, after 1.6% growth in 2014. 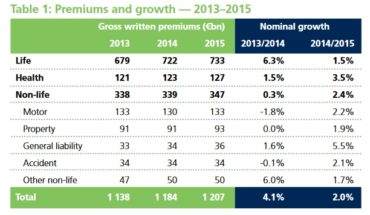 Michaela Koller, director general of Insurance Europe, noted in the release that the volume of claims and benefits paid out by Europe’s insurers “demonstrates the importance of insurance, which underpins every aspect of European life and business.”

She added that in able to continue to play their vital role, insurers need a robust and workable regulatory framework. “Insurance Europe is committed to working with regulators and supervisors — both in Europe and globally — to ensure that framework not only protects and gives confidence to policyholders, but also allows insurers both to adapt their products and services to reflect changing policyholder needs and to invest in ways that benefit the European economy as a whole,” she said.

Through its 35 member bodies – the national insurance associations – Insurance Europe represents all types of insurance and reinsurance undertakings, such as pan-European companies, monoliners, mutual and small- and medium-sized enterprises. Based in Brussels, Insurance Europe represents undertakings that account for about 95% of total European premium income. European insurers generate premium income of 1.2 trillion euros, directly employ 985,000 people and invest nearly 9.9 trillion euros in the economy.