“We really don’t need to buy another company:” Fairfax CEO

Seven months after buying the majority of Allied World Assurance Company Holdings AG, Toronto-based Fairfax Financial Holdings Ltd. does not have any immediate plans to buy more insurance companies for the time being.

“We really don’t need to buy another company,” Prem Watsa, Fairfax’s founder, chairman and CEO, said Friday during a conference call with analysts. 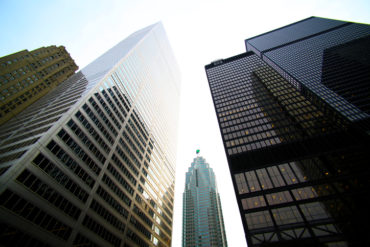 This is because buying back Fairfax shares is “the best thing” Fairfax can do to get its shareholders a good return, he said.

Allied World, which has a Toronto office, provides reinsurance as well as commercial primary insurance, including professional liability, environmental and directors and officers, among others. Fairfax owns about two-thirds of Swizterland-based Allied World, with other investors, including the Ontario Municipal Employees Retirement System, owning the remainder. The acquisition closed July 6, 2017.

Allied World’s combined ratio, from the day the acquisition closed through to Dec. 31, 2017, was 157%, Fairfax CFO David Bonham said Friday. Allied World had US$542 million in catastrophe losses during that time, “principally” from three North Atlantic hurricanes (Harvey, Irma and Maria), plus wildfires in California.

Allied World’s catastrophe losses “were a little bit higher than we would have expected,” Bonham said Friday.

The deterioration of Fairfax’s results was also due mainly to the three hurricanes and the California wildfires.

In 2017, the property and casualty insurance industry “experienced some of largest catastrophe losses in history” as a result of the wildfires and hurricanes, Watsa said.

Asked about the Jan. 1 renewal season, he said reinsurance rates “have gone up” but the increase was not “huge.”