MONTREAL – Lawyers for residents and families suing a Montreal-area long-term care home ravaged by the pandemic’s first wave said Wednesday they had reached a $5.5-million settlement with the facility’s owners.

The private Residence Herron was among the hardest hit in Quebec by COVID-19 last spring, and it has faced multiple investigations in addition to the class-action lawsuit.

Lawyer Arthur Wechsler said Wednesday a settlement came together recently without admission of liability from the defendants or their insurance company, who agreed to provide compensation.

A judge will need to authorize the agreement, with a date before Quebec Superior Court scheduled for April 30. The claims process should begin about six months after approval, with eligible members expected to receive payment by the end of 2021.

Wechsler said the pandemic amplified an already existing condition that was the subject of the lawsuit, which alleged the long-term care home acted recklessly and showed a disregard for its residents and their safety. 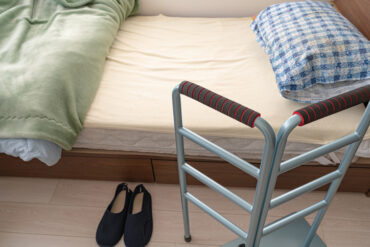 “COVID-19 brought to light what we alleged in the settlement was the mistreatment to the various residents of the Herron long-term health care facility – what the most fragile, vulnerable people were undergoing,” Wechsler said in an interview.

“Because of the COVID pandemic, it brought that to the surface. We weren’t alleging that COVID caused this. We were alleging a treatment or mistreatment which was already existing.”

Last year, Herron’s owners, Katasa Group of Gatineau, Que., announced they were closing the facility. A public relations firm that has been representing the owners said they did not have any immediate comment on the settlement.

Wechsler said there were about 134 residents at the facility in April 2020 when the class action was filed. The class includes those at the residence between March 13, 2020 and May 31, 2020, when the province took over management.

The settlement would be distributed among surviving spouses or children of the residents who died and residents who are still living.

The lawsuit was filed on behalf of Barbara Schneider, the daughter of Mary Schneider, 93, who died at the Residence Herron on April 10. There were 47 deaths at the Dorval, Que., facility, which will be the focus of a coroner’s inquest this fall.

Those hearings were delayed last month until September at the request of the Herron owners, who are waiting to see if they will face criminal charges.

Feature image: Plush toys and flowers are shown outside Residence Herron in the Montreal suburb of Dorval on May 10, 2020. THE CANADIAN PRESS/Graham Hughes