There is an increased risk of aviation accidents if pilots flying at night are not required “to maintain instrument flying proficiency,” the Transportation Safety Board of Canada suggested in a recently-released report.

On Nov. 9, 2015, a Cessna 182 crashed shortly after taking off from Parry Sound Area Municipal Airport. Both occupants died. 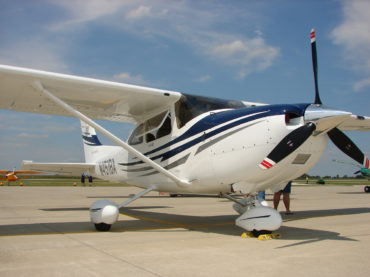 “Once airborne, the aircraft immediately started a right climbing turn for approximately 90° of heading, and then continued its turn for an additional 180° while descending before colliding with the terrain,” TSB said in its report.

“It is not known whether the turn after takeoff was intentional or inadvertent, but it is clear that the increasing angle of bank and subsequent descent were either not detected or not corrected in time to prevent the collision with the ground,” TSB added. “The pilot, who was probably not proficient at flying with reference to the instruments, may have become spatially disoriented after losing visual reference to the surface off the departure end of the runway and lost control of the aircraft.”

TSB noted the sky was clear the night the accident occurred and visibility was 9 statute miles, but when flying at night with “few or no visual references,” this can “lead to various illusions that cause spatial disorientation because of the lack of discernible horizon.”

Transport Canada said it agreed with the recommendation and plans to conduct a regulatory amendment project in 2017.

That recommendation was made in an investigation report on a fatal crash of a Lifelight 8 in May, 2013, on a flight originating from Moosonee, Ont.

“A flight conducted over an area away from cultural lighting and where there is inadequate ambient illumination to clearly discern a horizon would not meet the requirements for operation” under Visual Flight Rules, TSB said in its 2017 report on the Cessna 182 crash near Parry Sound. “Instead, such flights would require pilots to rely on their flight instruments to ensure safe operation of the aircraft.”

TSB said in its report that if pilots conducting VFR flights at night “are not required to maintain instrument flying proficiency, there is increased risk of controlled-flight-into-terrain and loss-of-control accidents when those pilots encounter conditions of limited cultural and ambient lighting.”