Fed leaves rates unchanged; no hint on timing of next hike

WASHINGTON – The Federal Reserve is keeping interest rates unchanged in light of an uncertain job market and offering no hints of when its next rate hike might occur. 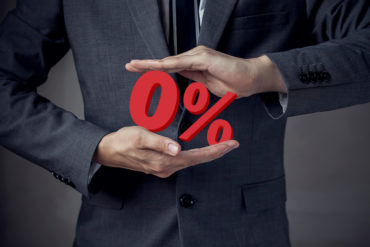 The Fed noted in a statement Wednesday after its latest policy meeting that the pace of job growth has slowed even as the overall economy has improved.

The central bank indicated that it needs a clearer picture of economic developments before raising rates again. It noted that the housing market continues to improve and that the consequences of an export slowdown have lessened. Yet it signalled its concern that job growth has diminished.

Some economists think a July rate increase is possible if the job market rebounds and financial markets remain calm after Britain’s vote next week on whether to leave the European Union.

Besides issuing a policy statement, the Fed updated its economic forecasts, which show how it foresees rate hikes unfolding in coming months. A survey of the 17 officials found that six think there will be only one rate hike this year, up from just one official who thought so at the Fed’s March meeting. The median expectation remains for two rate hikes this year.

The expectations for rate hikes in future years did slow: The median forecast shows just three hikes in 2017 and three in 2018, down from an expectation of four for each year. That change suggests that Fed officials remain concerned about a recovery that is still sending mixed signals on jobs and inflation and that they are comfortable that rates can be left ultra-low for longer.

Stock investors had little reaction to the Fed’s statement. Stocks traded about where they were before the statement was released at 2 p.m. Eastern time. The yield on the benchmark 10-year Treasury note did edge down to 1.58 per cent from 1.60 per cent.

The Fed’s move to leave rates unchanged was approved 10-0. Esther George, head of the Federal Reserve Bank of Kansas City, who had dissented in earlier meetings because she favoured faster rate hikes, backed Wednesday’s decision to keep rates unchanged.

For weeks, the Fed had been expected to consider raising rates at its June meeting. That view was encouraged by the minutes of its previous meeting in April. Those minutes suggested that a rate hike was likely if hiring and economic growth strengthened and inflation showed signs of accelerating toward the Fed’s 2 per cent target rate.

But this month, the government caught the financial world off guard when it said employers added just 38,000 jobs in May- the weakest gain in five years – and that job growth averaged only 116,000 the past three months, down from 230,000 for the 12 months ending in April.

Suddenly, expectations for a rate hike this month declined. And some Fed watchers expressed confusion about the central bank’s approach to rates.

Fed officials contend that they have long stressed that their rate policies are not on a pre-set course but rather are “data dependent.” In a speech last week, Chair Janet Yellen said that while the U.S. economy looks fundamentally solid, there were too many uncertainties to give a specific timetable for upcoming rate hikes.

Among the uncertainties she highlighted is the referendum next week in Britain over whether to leave the EU. A yes vote could roil markets, and the Fed wouldn’t likely want to further unnerve investors with a rate hike just a week before that vote. In its statement Wednesday, the Fed said, as it had after its April meeting, that it planned to “closely monitor global economic and financial developments.”

Some economists say the Fed could be ready to raise rates in July, assuming that the dismal May employment report is followed by a much stronger June number and investors don’t panic after the vote in Britain. Other analysts think the economic outlook will still be too cloudy for a July rate hike and are pointing to September as the most likely time for a Fed move.

In addition to the May jobs report, other economic barometers have also sowed doubts – from tepid consumer spending and business investment to a slowdown in worker productivity to stresses from China other major economies.

And inflation remains below the Fed’s target.

The Fed raised its key policy rate modestly in December from a record low near zero, where it had been since the depths of the Great Recession in 2008. And it projected that it would raise rates four more times in 2016.

But as the year began, oil prices plunged, and concerns escalated about China, the world’s second-largest economy. Nervous investors sent markets sinking, and fears arose of a new recession. The Fed put any further rate hikes on hold.

Yellen and other Fed officials have said they expect to raise rates gradually after the job market shows further signs of improvement, including higher pay increases and inflation moving closer to the Fed’s target.

Fed officials keep stressing that only when the latest data shows the economy edging consistently toward full health will they resume raising rates.