An overnight fire destroyed high voltage electrical cables attached to a bridge in New Westminster, B.C., damaging power lines and affecting about 20,000 people in the city. 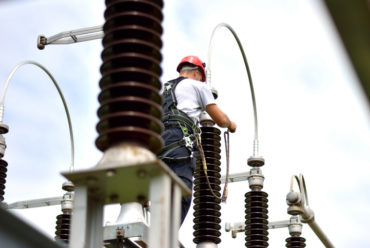 The cable fire knocked out electricity to the neighbourhood of Queensborough, shutting down schools and businesses, the Canadian Press reported on Wednesday. The blaze early Wednesday morning forced the closure of the Queensborough Bridge, which connects New Westminster to Highway 91, a key commuter link in Metro Vancouver.

The City of Westminster said in a statement on Wednesday that crews are now assessing damage to the electrical cables on the bridge, but unable to provide an estimated time when power will be restored until the level of damage sustained is known.

Crews are aiming for a partial opening of the Queensborough Bridge in time for this evening’s commute, the release said, adding that the bridge is “completely closed” in both directions and drivers are asked to find alternate routes. The city manages its own electrical utility. Rob Carle, head of the utility, told the Canadian Press that crews are assessing the damage to determine if power lines can be repaired, rerouted from the other side of the bridge or if they will need to install temporary power lines.

New Westminster Mayor Jonathan Cote said that the fire did not cause structural damage to the bridge and it’s expected it will be partially reopened to traffic “sometime in the afternoon.”

Awaiting an update on the Queensborough Bridge situation at the New Westminster “Mobile Command Unit.” pic.twitter.com/2aJzYIetxC

More News
Related
How legalizing pot will affect your insurance policies
37% of Quebec tenants have no home insurance: IBC survey
Adjuster solves mystery of fire in the firehall
Contractor immune from liability in botched demolition of burning building