SUSSEX, N.B. – A New Brunswick woman finds herself still stranded a week after flooding washed out a bridge to her home.

Mary Ann Coleman of Waterford, N.B., in the southeast of the province, says she knew there was a problem when the Trout Creek, which runs in front of her property, spilled its banks.

“Water was inundating areas that had never had water before,” she said in an interview Tuesday.

The storm that featured strong winds and heavy rain, dumped as much as 180 millimetres of rain on parts of the province, and the creek in front of her property is now about 15 metres across.

Coleman, 64, said she has lived on the property for 40 years with very few issues in the past.

She said debris in the creek dammed a Department of Transportation culvert that was installed in 2019, and the rising waters washed away her bridge on the night of Dec. 1 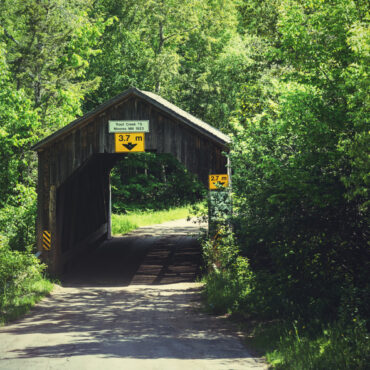 “The last I saw of my bridge was when it was submerged under a foot of water,” she said. “It let go.”

Coleman said friends have helped get supplies to her and her cat, Mo, using a dinghy attached to a rope. But she’s disappointed she hasn’t been able to get assistance from provincial emergency measures or transportation officials.

She feels the Transportation Department has a responsibility because of the design of the new culvert system.

“There are always trees coming down in high water. That culvert design, in a high water situation, has a high potential of becoming a dam,” she said.

Transportation Minister Jill Green said Coleman has begun a claim against the department, and as a result she can’t offer much comment.

“She’s doing what she’s supposed to be doing. She’s filing a claim,” Green said in an interview Tuesday.

“We’ll do an investigation and we’ll work with her people to find out the cause, and what contribution is needed to correct the issue if we are indeed at fault,” the minister said.

Department officials would also not provide details on the size or design of the previous culvert or the new ones installed last year, citing the fact a claim had been started.

Coleman said she did manage to get off her property for a brief time Saturday with the use of the dinghy, but it has since proven unsafe because of the current in the creek.

She is paying to have a temporary walking bridge installed but says a permanent bridge for vehicles is required.

– Written by Kevin Bissett in Fredericton.