Fool’s errand: Why it’s difficult to estimate a return to the office

Reliable data related to the COVID-19 pandemic is hard to come by. That’s why “flattening the curve,” as health experts put it, and predicting a timeline to return to life similar to one pre-crisis is an exercise in futility, says one risk analyst.

Furthermore, relaxing isolation measures too soon can lead to a resurgence of the virus, resulting in more death and overwhelming healthcare systems. Waiting too long, on the other hand, would have financial and economical impacts, on top of mental health effects on the population, said Doug Fullam, risk analyst at catastrophe modelling and risk assessment company AIR Worldwide.

“In reality, while there is new data being published and shared regularly, it’s surrounded by a great deal of uncertainty,” he said in reference to the difficulty in knowing when the curve flattening can happen.

He pointed to publicly available data changing quickly and differences in that data by geography. For example, data updated Apr. 1 showed Ontario had completed 351 tests per 100,000 people — the lowest in the country, though attributed to its large population. Looking at other populous provinces, Quebec sat at 791, B.C. at 846 and Alberta at 1,103 tests per 100,000. 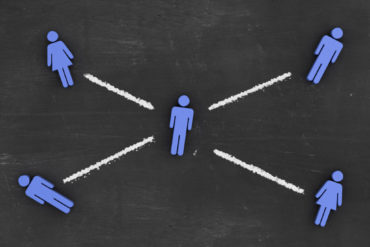 When pressed Friday about providing projection figures on best/worse case scenarios on COVID-19, Prime Minister Justin Trudeau brushed off the request, saying that such information would have to be based on the most accurate info out there, suggesting that such accuracy is unavailable.

That can be attributed to the backlog in testing. “A shortage of test kits available means we have a backlog of those needing to be tested,” Fullam said in commentary provided by AIR Worldwide. “Even when they are tested and are showing symptoms, in many cases, they are being sent home to self-quarantine until test results come in.”

Ontario was testing 5,000 people a day a couple of weeks ago, before bumping it up to 10,000. Provincial health officials are hoping to perform 20,000 tests a day by around mid-April. But there’s a delay in getting results.

Furthermore, Fullam noted, those being tested are symptomatic — those showing severe symptoms. “To truly understand the transmissibility, severity, and morbidity for COVID-19, we would need the ability to randomly test a significant portion of the population, even those who are asymptomatic,” he said.

Another challenge comes when someone tests positive for COVID-19. The current healthcare infrastructure can’t track everyone the person came in contact with over the previous 14 days, according to Fullam.

On Apr. 3, the Ontario government predicted a range of between 3,000 and 15,000 deaths in the province over the full course of the pandemic, which could last between 18 months to two years, even with prevention measures issued by public health organizations. The province’s projected numbers for April — 1,600 deaths and 80,000 cases — came with a higher degree of confidence than the longer-range prediction.

Ontario Premier Doug Ford announced a revision of the list of the essential services, shutting down most industrial construction and all new residential projects in an effort to further slow the spread of the virus.

And if those efforts and other safety measures like physical distancing and isolation are proven successful and the number of new cases slows and eventually stops, what’s next? A second wave of the disease should be expected, Fullam said. By then, however, the healthcare system and supply chains to provide medical supplies should have at least somewhat recovered.

He further advised that taking the foot off the pedal when it comes to precautions has to be done carefully. Fullam pointed to China as being farther along in the outbreak and they haven’t completely relaxed safety measures “and won’t be for some time — it makes sense to take a gradual approach to returning to ‘normal.’ The size of this resurgence will be a function of our healthcare infrastructure and case tracking capabilities in place to deal with this event.”

That goes to an important point, he added. “If we reduce isolation and mitigation measures too quickly, we will have a profound impact on morbidity and mortality and risk overwhelming healthcare capacity. If we wait too long, we damage the economy, and put in jeopardy the financial health — and mental health — of our population.”