Former NHL player Daniel Carcillo and Garrett Taylor, who played in the Western Hockey League from 2008-10, filed a statement of claim with the Ontario Superior Court of Justice in June.

A statement from Koskie Minsky LLP, the law firm representing Carcillo and Taylor, said the action “is on behalf of children aged 15-17 who were sexually and physically assaulted, hazed and otherwise abused while away from home and playing for CHL teams.”

The allegations in the affidavits submitted this week are from players who played in the CHL from the late 1970s through 2014.

The CHL and its three member organizations – the WHL, Ontario Hockey League and Quebec Major Junior Hockey League – are listed as defendants, as are all 60 teams that play under the CHL umbrella. 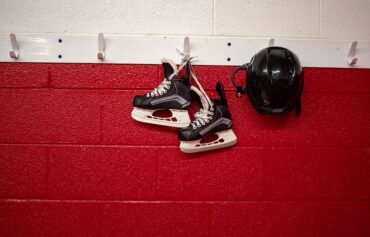 None of the allegations have been proven in court.

The Canadian Press does not name alleged victims of sexual assault without their consent.

One player who played with the Winnipeg Warriors and Calgary Wranglers in the 1980s detailed how the older players on the team allegedly got the rookies together and demanded they take their clothes off before throwing things at them.

Another player, with the Sarnia Sting in the 2000s, said a sawed-off goalie stick was used for paddling on the rookies’ bare buttocks.

A player from the Ottawa 67’s, in the late 1970s and early ’80s, said he was jumped in the locker-room and blindfolded. He said older players tied him up, took off his clothes and shaved his genitals.

A player with the Oshawa Generals and North Bay Centennials in the 1990s said younger players were forced to do push-ups in the showers while the older players spat, urinated and defecated on their backs.

The CHL said in a statement it is completing a detailed review of the legal documents.

The league says it takes the matter extremely seriously and finds the allegations deeply disturbing.

“Most of the allegations are historic in nature and we believe are not indicative of the experiences of current CHL players,” the statement said.