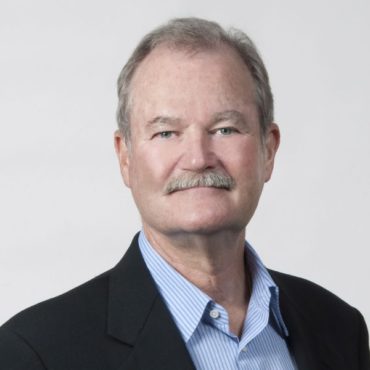 Brian Duperreault is now president and director of AIG.

Before joining Marsh & McLennan, Duperreault was a CEO and later executive chairman of ACE Ltd., which in 2016 changed its name to Chubb Ltd. on completing its $28.3-billion acquisition of The Chubb Corp.

AIG said Monday that Duperreault, 70, has resigned as chairman and CEO of Hamilton Insurance Group Ltd.

AIG announced separately that it has agreed with Hamilton Insurance Group to “enter into a stock purchase agreement pursuant to which AIG will acquire all of the outstanding shares” of Hamilton U.S. Holdings Inc.

Hancock (pictured below left), 58, was raised in Hong Kong and “spent his entire career in financial services, including 20 years at J.P. Morgan,” AIG stated in 2014 when the firm announced Hancock’s appointment as CEO.

AIG reported earlier that its net premiums written in commercial property & casualty insurance were $3.63 billion during the three months ending March, 31, down 17% from $4.375 billion in Q1 2016.

“Reinsurance and continued remediation in the U.S. Casualty and Property businesses accounted for a large majority of the decline in net premiums written which is consistent with AIG’s focus on risk selection and targeted growth,” AIG said in a release May 3. 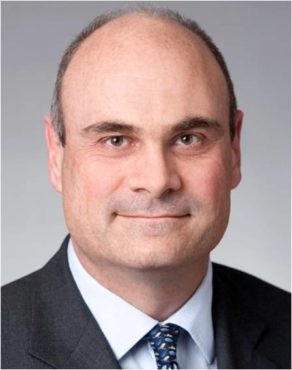 Peter Hancock, who was appointed CEO of AIG in 2014, announced his resignation in March.

AIG announced Sept. 16, 2016 that it agreed to sell its interest in Ascot Underwriting Holdings Ltd. – in addition to its syndicate-funding subsidiary Ascot Corporate Name Ltd. – to the Canada Pension Plan Investment Board.

In October, 2016, AIG announced its intent to sell its commercial and consumer insurance operations in Argentina, Chile, Colombia, Uruguay, Venezuela and Turkey. The buyer is Fairfax Financial Holdings, the Toronto-based firm that owns OdysseyRe, Northbridge and Crum & Forster – among other insurers.

In January, 2017, AIG said it “expects a material prior year adverse development charge” during the three months ending Dec. 31, 2016. The following month, AIG reported adverse prior year loss reserve development of $5.8 billion for 2016.

AIG has agreed to pay Berkshire Hathaway’s National Indemnity Company reinsurance subsidiary about $10 billion to cover 80% of substantially all of AIG’s U.S. commercial long-tail exposures for accident years 2015 and prior.

The timing of AIG’s deal with National Indemnity “highlights the challenges that AIG management continues to face in reserving, pricing, and handling this longer tail commercial lines business, and the effectiveness of the group’s enterprise risk management function,” A.M. Best said in a press release Jan. 20.

In its annual report for 2015, AIG said a “significant portion” of its non-life reserves “are for the U.S. commercial casualty class, including excess casualty, asbestos and environmental, which tends to involve longer periods of time for the reporting and settlement of claims than other types of insurance.”

In December 2014, Hancock replaced Robert Benmosche as AIG CEO. Benmosche died on Feb. 27, 2015 of lung cancer. Benmosche, a former CEO of MetLife, joined AIG as CEO in August, 2009. The previous year, after the collapse of the U.S. subprime housing market, the Federal Reserve Bank of New York was authorized to provide up to $85 billion in bailout funds for AIG.

At the time, AIG had encountered losses on its mortgage-related investments had was subject to collateral calls related to credit default swaps. The firm was  described by the Federal Reserve Bank of New York as being “on the brink of collapse.” At the time AIG was America’s largest issuer of fixed annuities.

Benmosche “worked tirelessly to transform AIG,” then chairman Robert Miller stated in a press release in 2014, adding that Benmosche presided over the firm when it repaid $182 billion in government support and divested in non-corse assets.

Duperreault was president and CEO of Marsh & McLennan from 2008 to 2012. Before joining Marsh, he was non-executive Chairman of ACE for two years, AIG noted on May 15, 2017. Duperreault was CEO of ACE Limited from October 1994 through May 2004.

“Prior to joining ACE, Mr. Duperreault served in various senior executive positions with AIG and its affiliates from 1973 to 1994,” AIG reported.

The purchase price of AIG’s proposed acquisition of Hamilton U.S. Holdings will be “equal to HUSA’s book value at closing plus $30 million,” AIG added May 15, 2017.

The acquisition is subject to closing conditions and its intended by AIG to “continue accelerating its application of data science and analytics to transform underwriting.”