Adrian Hall, former chief customer officer for RSA Insurance in Canada, takes the helm of Swiss Re Corporate Solutions in Canada May 1. 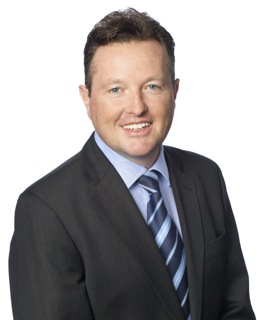 Adrian Hall, CEO of Canada for Swiss Re Corporate Solutions

He will be “responsible for managing the company’s strategy, development and performance,” Swiss Re Corporate Solutions said Thursday in a release.

Hall – who will be based in Toronto – will report to Swiss Re Corporate Solutions CEO North America Ivan Gonzalez.

“We have an established team in Canada and we do transact business today in Canada so we are already in the Canadian marketplace,” Hall said.

“There is no sudden shift in what the Canadian focus is,” Hall added. “The change really is having a CEO to focus on the Canadian market and deliver the ongoing strategy that Swiss Re Corporate Solutions has.”

Hall is originally from Britain. He had worked for RSA Insurance for 22 years in Middle East, Latin America and Britain. He has been in Canada since 2004. His most recent job at RSA was chief customer officer in Canada.

Hall “will be instrumental in the implementation of our primary and lead placement strategy,” Gonzalez stated in a release.

“Subject to the requisite governance and regulatory approvals,” Hall “will join the North America management team and be appointed chief agent of the Westport Insurance Corporation Canada Branch,” Swiss Re stated.