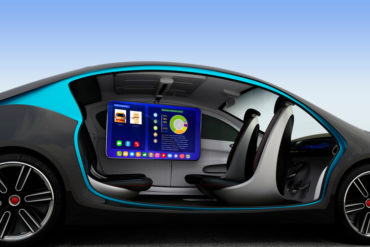 The study, What’s ahead for fully autonomous driving: Consumer opinions on advanced vehicle technology, was released by the audit, consulting, tax and advisory services company on Tuesday. It compares consumer attitudes on self-driving cars, advanced safety, powertrain systems and cockpit technologies, along with people’s willingness to pay for these features, Deloitte noted in a press release. Deloitte surveyed over 22,000 consumers and the report features key insights from consumers in the United States, Germany, Japan, South Korea, China and India.

More than two-thirds of Americans (68%) said they’ll change their opinion with a proven track record for such vehicles and more than half of U.S. drivers (54%) said they would ride in an autonomous car if it was offered by a brand they trust, Deloitte said in the release.

“Automakers and technology companies first have to earn consumers’ trust, then turn that trust into a willingness to pay for a must-have feature,” said Craig Giffi, vice chairman and U.S. automotive industry leader with Deloitte LLP and co-author of the report. “Today trust is lacking. Ironically, fully autonomous vehicles are being engineered to be much safer than today’s vehicles. To win consumers’ trust, automakers will need to integrate limited self-driving and advanced-safety features into new product offerings steadily over time to introduce people to the technology, demonstrate the improvement for vehicle safety and develop a proven track record.”

Across the six focus countries, four predictive safety capabilities were ranked as the most-preferred on a list of 32 advanced technology features, including those that recognize objects on a road to avoid collision, inform the driver of dangerous driving situations or block them from one, or can assist in a medical emergency or accident.

Least useful to surveyed consumers were features that provide customized entertainment, or many forms of cockpit connectivity, including notifications when places of interest are near, the survey found. This also includes features that manage daily activities such as: locating, reserving and automatically paying for parking or paying for tolls; connectivity allowing a driver to control automated home systems; and enabling the use of personal smartphone applications through the vehicle dashboard. “These are important findings for manufacturers considering investing resources to offer these features in future vehicles,” Deloitte suggested.

“Consistent with their views that advanced safety features are most useful, consumers are far more willing to pay for these features versus other technologies such as connectivity and cockpit convenience features,” said Joe Vitale, global automotive industry leader with Deloitte Touche Tohmatsu Limited and the other co-author of the report. “Consumers expect those to be a part of the base price at no additional cost.”

Regarding powertrains, the study found “limited consumer interest” around alternative powertrains. Consumers in China are more interested in alternative powertrain technologies than their counterparts in other parts of the world. Still, just over half of Chinese respondents (53%) said they would prefer a hybrid-electric, battery electric or any other form of alternative powertrain in their next vehicle, followed by Japan and South Korea, both at 42%. Consumers in Germany, India and the U.S. lag behind other consumers surveyed, with just 28%, 27% and 24%, respectively, indicating they would prefer a hybrid-electric, battery-electric or other form of electrified powertrain in their next vehicle.

“Unfortunately, unless preference in hybrid-electric and battery-electric vehicles increases considerably in the U.S. and Europe over the next five years, automakers will be hard pressed to meet the stringent fuel efficiency and emissions targets being mandated by regulators in the years to come,” Vitale said.

Added Giffi: “It’s a genuine dilemma for automakers. Many of the technologies automakers are investing heavily in today, are not considered useful, safe or preferred by the consumers we surveyed, and under very few circumstances are they willing to pay anything extra for these technologies. The desire for safety features seems to be the lone bright spot.”

But consumers have shown they can change their opinions quickly, Vitale said. “Getting a fair return on investment has to be a key concern for automakers at this point,” he added.

The study also examined opinions on ride-hailing and ridesharing services that are “poised to shake up the auto industry down the road.” Ride-hailing use varies greatly by country with roughly one-quarter of Americans (23%) using these services at least once a week; almost half of consumers in emerging markets like India (47%) and China (43%) do so, eclipsing countries like South Korea (19%), Germany (7%) and Japan (4%).

Consumers who use ride-hailing services are most likely to question whether they need to own a vehicle in the future, a sentiment worth automakers’ notice, particularly those looking to appeal to younger generations of buyers. Deloitte suggested. That number is highest in India (61%), followed by the U.S. at 52%. These figures spike among Generations Y and Z, where roughly two-thirds in India (66%) and the U.S. (64%) feel they may be able to skip vehicle ownership altogether. “Ride-hailing represents a major threat or a significant opportunity for automakers depending upon how and where they decide to play in this emerging market,” said Vitale.

Overall, interest in fully autonomous vehicles has risen slightly in China (4%) and the U.S. (3%) since 2014, but interest has remained flat or declined in the four remaining countries in the report.

Giffi summed up the study findings by saying that “we are at the dawn of a completely new age in automotive technology and personal mobility and the stakes are very high for automakers and technology companies. Brands can differentiate themselves with product reliability, usefulness, safety, value and service offerings as they have in the past; the difference is that everything in this new world of mobility has changed, and past success is not an indicator of future success. Individual brands will either be bolstered or hindered by their track record with these new technologies and services, and it is not a given that consumers will forgive mistakes, missteps or failures of trust. While an enormous opportunity exists to develop lifelong loyal customers for companies with a proven track record, consumers won’t hesitate to turn their backs on companies they’ve trusted for decades.”

More News
Related
All generations in the United States except Millenials becoming more skeptical of self-driving technology: J.D. Power study
Global market for autonomous, assistive safety and comfort vehicle features up to US$26 billion annually by 2025: Bain & Company
Global demand for new vehicles to increase 1% to 2% in 2017: Fitch
55% of poll respondents will not ride in a fully autonomous vehicle, Gartner survey finds