Global drone market to reach US$4.2 billion by 2025, North America to lead with 1.4 million drones: report

The global commercial and military drone market will reach US$4.2 billion by 2025, with a compound annual growth rate of 9.2%, a new report has suggested. 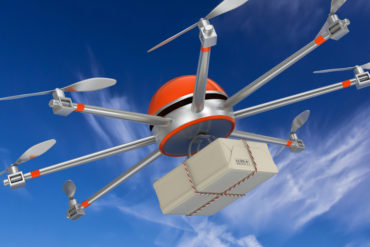 Research and Markets, a global market research store, released their 90-page Commercial and Military Drone Market Assessment and Forecasts 2016-2025 report on Monday. North America will lead in the deployment of commercial drones with 1.4 million by 2025, the report said.

The company added that by 2018, aerial drones (also known and unmanned aerial vehicles, or UAVs) will be used by nearly every major manufacturing company to control logistics. By 2021, Research and Markets said in a press release, “UAVs will be used [by] nearly every automobile manufacturer in metropolitan areas and along major highways to provide ubiquitous wireless coverage based on a combination of LTE, 5G, and satellite communications.”

This report evaluates the commercial drone market – by segments, products, technology and application verticals – including the use of UAVs in military and defence-inspired commercial applications. The report assesses the market outlook and provides detailed forecasts for revenue and deployment globally, regionally, and within major countries through 2025, including Canada.

An aerial drone or UAV is any aircraft that operates without direct human intervention from within or on the aircraft, Markets and Research explained in the release. UAVs are anticipated to play an unprecedented role in B2B services with an especially important role within product and service delivery systems, including logistics support and supply chain management.

1 Comment » for Global drone market to reach US$4.2 billion by 2025, North America to lead with 1.4 million drones: report