The global economy suffered the worst natural disaster losses in April in five years, according to Impact Forecasting’s Global Catastrophe Recap for the month. 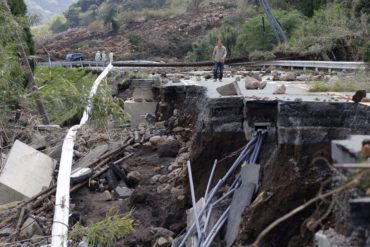 Between April 14 and 16, two major earthquakes struck Japan within 24 hours, causing massive devastation, leaving at least 66 people dead and more than 4,000 others injured, said the report from Impact Forecasting, Aon Benfield’s cat modelling development centre. The United States Geological Survey registered the main tremor at magnitude-7 with an epicenter near Kumamoto. Total economic losses, including physical damage to residential and commercial structures, vehicles and infrastructure, plus business interruption, are expected to exceed US$10 billion, according to the report. The General Insurance Association of Japan cited that nearly 70,000 non-life claims had been filed and total insured losses were expected to top US$2 billion.

On April 16, a major magnitude-7.8 earthquake struck Ecuador’s northwest coast, killing at least 660 people, injuring more than 17,600 and damaging or destroying more than 7,000 homes or businesses. The government listed the total economic cost of damage and reconstruction at more than US$3 billion. “Given low insurance penetration levels, the insured loss was only a fraction of the overall financial cost,” the Global Catastrophe Recap noted.

Also in April, no fewer than five outbreaks of severe convective storms impacted the United States, with parts of the Plains, Midwest, southeast and mid-Atlantic all citing varying levels of damage resulting from tornadoes, straight-line winds and large hail. The most substantial damage occurred due to hail, with Texas enduring serious damage. Total aggregated economic losses were tentatively estimated to exceed US$4 billion. Public and private insurers were likely to face losses beyond US$3 billion. In Houston, at least 7,000 homes were inundated; total economic losses were expected in excess of US$1 billion.

Other severe weather events during April include: