The global Internet of Things (IoT) insurance market is estimated to grow dramatically at a compound annual growth rate (CAGR) of 65.89% to reach US$42.76 billion by 2022 from 2016, according to a new report from Research and Markets. 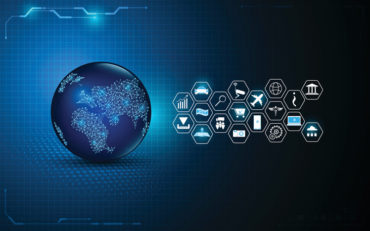 The market research store released the new report – IoT Insurance Market – Global Forecast to 2022 – on Monday. According to a press release from the company, a key driving factor for the growth of the market is the growing adoption of IoT for various insurance applications, including health, life, automobiles, travel and agricultural sectors, among others. The IoT-enabled devices provide intelligent data for insurers to monitor and track the status and monitor data that helps insurers manage claims and reduce risks.

A statement from Markets and Markets added that the market for agriculture insurance applications is expected to grow at the highest CAGR during the forecast period. In this sector, IoT insurance offers easy livestock monitoring and insurers can monitor environmental conditions and alert farmers about upcoming hazards such as hailstorms, floods and earthquakes. “The growing use of drones and WiFi-enabled devices in developing economies such as China, Japan and India increases the need for IoT insurance products for data analytics and big data platforms,” the statement said, adding that these devices enable insurers to protect their crops and lands from damage and also manage the claim process quickly.

“The growing adoption of Internet of Things (IoT) products in developed and developing economies, growing demand for cloud platform and other value-added services in the insurance industry are the major drivers for this market,” Research and Markets noted in the release. “The IoT-enabled devices provide intelligent data for insurers to help them track health, detect abnormalities and reduce risks for policyholders. The real-time assessment of data would increase the relationship between the insurers and policyholders.”

The report suggested that the Asia Pacific region is expected to be the fastest-growing market for IoT insurance, “owing to the increasing industrialization and urbanization in this region. The growing adoption of IoT devices such as smartphones, drones and Wi-Fi dongles, among others in the Asia Pacific region has increased the demand for IoT insurance in the region,” the report said.

Generally speaking, the report pointed out, most of the automotive insurance industries offer usage-based insurance (UBI) for drivers and car owners. IoT-based devices such as in-vehicle sensors, global positioning systems and other on-board devices generate informative data for insurance industry. Data such as speed, acceleration and distance driven is collected by insurers and is used to accurately access premium policies and reduce fraud.

Additionally, the policyholders are able to get rewards for good driving behavior and improve the driving habits. “Hence, IoT would be able to reduce the cost of premiums and strengthen customer relationships,” the release concluded. “The adoption of telematics in UBI enhances the underwriting process and speeds up the insurance claim process.”