Global spending on worldwide cloud services and infrastructure to reach US$122.5 billion in 2017: International Data Corporation

Worldwide spending on public cloud services and infrastructure will reach US$122.5 billion in 2017, an increase of 24.4% over 2016, suggested new research from Framingham, Mass.-based International Data Corporation (IDC). 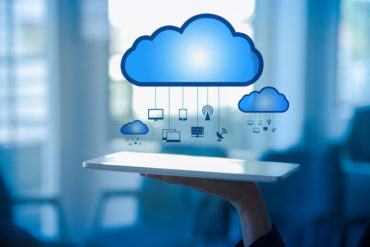 The new update to the IDC’s Worldwide Semiannual Public Cloud Services Spending Guide, released on Monday, showed that worldwide spending on public cloud services and infrastructure will reach US$122.5 billion in 2017, an increase of 24.4% over 2016. Over the 2015-2020 forecast period, overall public cloud spending will experience a 21.5% compound annual growth rate (CAGR) – nearly seven times the rate of overall IT spending growth, IDC said in a statement on Monday.

Software as a Service (SaaS) will remain the dominant cloud computing type, capturing nearly two thirds of all public cloud spending in 2017 and roughly 60% in 2020, the update found. SaaS spending, which is comprised of applications and system infrastructure software, will in turn be dominated by applications purchases, which will make up more than half of all public cloud spending throughout the forecast period. However, spending on Infrastructure as a Service and Platform as a Service will grow at much faster rates than SaaS with five-year CAGRs of 30.1% and 32.2%, respectively, the release pointed out.

“In 2017, discrete manufacturing, professional services and banking will lead the pack in global spending on public cloud services as they look for greater scalability, higher performance and faster access to new technologies,” said Eileen Smith, program director, customer insights and analysis, with IDC. “Combined, these three industries will account for one third of worldwide public cloud services spending, or US$41.2 billion.”

The industries that will see the fastest growth in public cloud spending over the five-year forecast period are professional services (23.9% CAGR), retail (22.8% CAGR), media (22.5% CAGR) and telecommunications (22.1% CAGR). “It is worth noting, however, that 18 of the 20 industries included in the spending guide will experience five-year CAGRs greater than 20%,” the release said.

In terms of company size, nearly half of all public cloud spending will come from very large businesses (those with more than 1,000 employees) while medium-sized businesses (100-499 employees) will deliver more than 20% throughout the forecast. Large businesses (500-999 employees) will see the fastest growth with a five-year CAGR of 23.2%. While purchase priorities vary somewhat depending on company size, the leading product categories include customer relationship management and enterprise resource management applications in addition to server and storage hardware.

On a geographic basis, the United States will be the largest market for public cloud services, generating more than 60% of total worldwide revenues throughout the forecast. Western Europe and Asia/Pacific excluding Japan (APeJ) will be the second and third largest regions with 2017 spending levels of US$24.1 billion and US$9.5 billion, respectively. APeJ and Latin America will experience the fastest spending growth over the forecast period with CAGRs of 28.0% and 26.6%, respectively, the release said, adding that seven of the eight regions are forecast to experience CAGRs greater than 20% over the next five years, with the United States seeing the slowest growth at 19.9%.

“In Western Europe, the public cloud market will grow at a healthy 23.2% CAGR over the forecast period and utilities, insurance, and professional services industries will be the most dynamic market spaces,” said Serena Da Rold, a senior research manager of customer insights and analysis with IDC. “European companies have been slower in the adoption of cloud when compared to their U.S. counterparts, but now the market is maturing and it is the right time for cloud providers to target and capture the untapped segments.”

Frank Gens, senior vice president and chief analyst at IDC, added that as cloud adoption expands over the next four years, “what clouds are and what they can do will evolve dramatically – in several important ways. The cloud will become more distributed (through Internet of Things edge services and multicloud services), more trusted, more intelligent, more industry and workload specialized and more channel mediated. As the cloud evolves these important new capabilities – what IDC calls ‘Cloud 2.0’ – the use cases for the cloud will dramatically expand.”