Government of Canada announces plan to ban asbestos by 2018

The Government of Canada announced on Thursday that it will ban asbestos and asbestos-containing products by 2018. 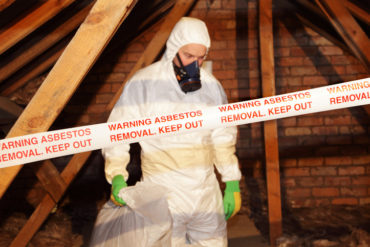 According to a statement from the federal government, the comprehensive ban on asbestos will include:

“The approach will be guided by science-based decision making and will be implemented in consultation with our partners,” the statement said, noting that the government will work with the health, labour, trade and commercial sectors, among others, to fulfill its commitment to ban asbestos by 2018. “The regulatory process will be open and inclusive and will allow for consultations with multiple stakeholders – including provinces, territories, communities, industry, scientists and health professionals – in advance of the ban being implemented.”

Kirsty Duncan, Minister of Science, along with the Jane Philpott, Minister of Health, Catherine McKenna, Minister of Environment and Climate Change and Judy M. Foote, Minister of Public Services and Procurement, announced the ban.

Foote noted in the statement that the federal government “took early action against asbestos by prohibiting its use in new Public Services and Procurement Canada buildings and creating a public inventory of buildings that contain asbestos that are owned or leased by PSPC. I am proud that we are building on these important first steps to prohibit the broader use of asbestos and taking a leadership role in extending our inventory to include all federal government buildings. We are committed to providing employees and the occupants and visitors of our buildings with safe and healthy environments.”

Background information from the Government of Canada noted that asbestos was declared a human carcinogen by the World Health Organization’s International Agency for Research on Cancer in 1987. At the height of its use, asbestos was found in more than 3,000 applications worldwide; however, production and use have declined since the 1970s.

Effective April 1, 2016, the Government of Canada introduced a ban on the use of asbestos-containing materials in all new construction and renovation projects under the purview of PSPC.

Asbestos, if inhaled, can cause cancer and other diseases. Health Canada has reported that breathing in asbestos fibres can cause diseases such as asbestosis, a scarring of the lungs, which makes it difficult to breathe; mesothelioma, a rare cancer of the lining of the chest or abdominal cavity; and lung cancer (smoking can greatly increase this risk. There are no significant health risks if materials containing asbestos in homes are tightly bound and left undisturbed.

Jeff Reitsma, a professional engineer at -30- Forensic Engineering, told Canadian Underwriter that the announced plan to ban asbestos by 2018 is great news and is about 30 years overdue from a health and safety perspective. “It should be noted that asbestos-containing materials for use in residential and commercial buildings have already been phased out for the most part and asbestos has been identified and regulated as a toxic substance both federally and provincially for some time,” Reitsma said. “Unfortunately, due to the legacy use of asbestos in building materials prior to the mid-1980s, those risks will remain for some time regardless of the planned ban.”