However, no one appears to be leading a charge against the potentially fraudulent overbilling worth millions of dollars a year, leaving it to drivers to pick up the tab in the form of higher insurance premiums. 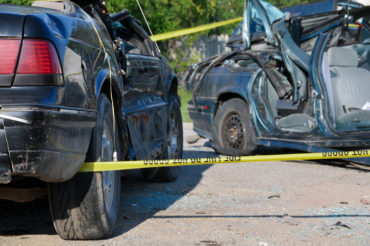 “Right now, it’s a shared problem between the industry, individual insurers, the colleges that oversee these different types of practitioners…and then the government,” said Ben Kosic, CEO of the Canatics insurance consortium. “It isn’t clear that any one party holds either the keys to the solution or the responsibility.”

The closely held data obtained by The Canadian Press suggest some chiropractors, physiotherapists, psychologists, massage therapists or other providers are billing for an excessive number of hours – frequently averaging more than 24 hours per day.

The so-called “impossible day” data are drawn from the mandatory clearing system known as Health Claims for Auto Insurance or HCAI. Health-care providers are required to submit claims forms electronically through HCAI to bill auto insurance companies directly for treatment of patients and clients.

Canadian Insurance Crime Services, better known as Canatics and whose mandate is to fight insurance crime, has in the past year been quietly using massaged HCAI data in an effort to identify individual high billers, something not previously possible on a wide scale.

Canatics, which comprises nine insurance companies owning about 75 per cent of the auto-insurance market in Ontario, identified at least 700 “suspicious” billers through the new process.

That, however, is where the system is breaking down – in part due to its complexity and multiple moving parts.

The Canatics data exclude 25 per cent of the insurance market, and sharing fraud-related information across the industry is piecemeal at best, insiders say. Good faith provisions generally mean paying out first and disputing later, but investigating suspicious billers – and proving any fraud – is costly and time-consuming.

“The industry needs the help of the government and the colleges to actually remove these guys from the system: somehow shut the clinics down or remove their licences, or support the industry in taking these guys to court, which is always very difficult,” Kosic said. “There are different tools that could be used to fight this problem but there is no co-ordinated plan right now.”

The upshot is that insurance companies have been passing on overbilling costs to all drivers in the form of higher premiums, undermining successive government and industry promises to give motorists a break.

The Financial Services Commission of Ontario, which regulates the insurance industry and has the power to fine or take other action against scoff-laws, has reported an “unacceptable” 70 per cent of providers were in violation of various rules in 2016-2017 – an improvement from the 85 per cent non-compliance reported a year earlier. Violations included submitting unsigned claims forms or failing to verify patient identities. Prosecutions, however, are rare.

A spokeswoman said the commission will conduct a “thorough” investigation where it has evidence of non-compliance, and encourages consumers, the industry and those providing health services to report suspected fraud.

The Ontario government, which did not respond to questions, is in the process of setting up a Serious Fraud Office although it remains to be seen how much of its attention will be devoted to auto insurance. The Insurance Bureau of Canada, which speaks for most of the industry, said the office should help – once it’s up and running.

“There is an enforcement issue as well,” said bureau spokesman Steve Kee. “It is vital that there must be co-operation between the regulator, insurers, the regulatory colleges, and the (Serious Fraud Office).”

Colleges, which regulate the various health-care professions, say members must adhere to rules and guidelines around billing.

“If you are aware of any inappropriate behaviour, I encourage you to bring it to the attention of the college,” said Jo-Ann Willson, registrar of the College of Chiropractors of Ontario. “If there is HCAI information about chiropractors, please feel free to forward that to us for review.”

For now, Canatics is waiting to see whether member insurance companies investigate based on its high-biller information and what they might find. Such reviews would help determine how accurate the data are in identifying fraud, perhaps leading to more effective policing of the system, and, theoretically, to lower premiums for drivers.