Home insurance can be more expensive in smaller towns: experts

As some Canadians are priced out of larger cities and look to move to smaller communities, insurance experts say homebuyers should be aware that life in a small town can often mean higher home insurance premiums.

According to financial products comparison site Ratesdotca, the average cost of insuring a home in places like the Windsor-Essex region and the Sudbury, Ont., area hovered around $2,000 per year.

That compares to averages between $1,200 and $1,350 per year in Toronto, and around the $1,000 mark in some Greater Toronto Area communities.

While the company doesn’t have data for other provinces, John Shmuel, managing editor of Ratesdotca, said he expects the trend of higher rates in smaller communities would continue.

Jesmond Tabone, president of owner of Tabone Insurance Brokers in Windsor, Ont., points out that cities like Windsor often have more detached homes and bigger lots, which can push premiums higher because homeowners could require more kinds of coverage.

“It’s not the homes themselves that are the issue, it’s the type of coverages that would apply to the home,” said Tabone.

“More land is an issue as well, because there’s more liability that way.” 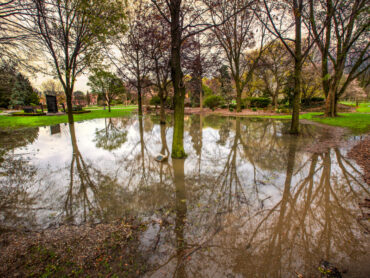 Shmuel said higher crime rates and more exposure to natural disasters like flooding are some of the reasons homebuyers can expect to pay larger premiums in smaller locales.

He pointed out that, contrary to popular opinion, smaller towns often have higher crime rates than some bigger cities.

“It comes down to how home insurance is calculated by insurers. An insurer is trying to price the level of risk of an adverse event happening to your home being insured,” said Shmuel, saying climate change is a particular concern in the industry.

“Cities like Toronto have taken a number of large scale projects to better protect itself from flooding and the increasing intensity of storms. Meanwhile, rural and small town areas… might not be as well prepared for a flood.”

Shmuel noted that Windsor was one of the worst cities in Ontario for high insurance premiums due to a mix of high crime rates and exposure to flooding.

Both Tabone and Shmuel say homeowners have options it comes to lowering their home insurance rates.

Purchasing a sump pump (which removes excess water from a basement in the case of flooding), or a backflow valve (which prevents water from a sewer line flowing the wrong way during heavy rain events), are two ways to lower insurance premiums.

Upgrading your home monitoring system could also be a worthwhile way to protect your property while also lowering premiums, although Shmuel said it’s important to speak to your insurer about the exact kinds of systems that qualify to lower your premium.