Ontario should not move to a government-run auto insurance system but the province should establish hospital-based examination centres with authority to establish treatment plans that would have to be provided by the insurers, without dispute, a special advisor to the provincial government suggested in a report released Tuesday. 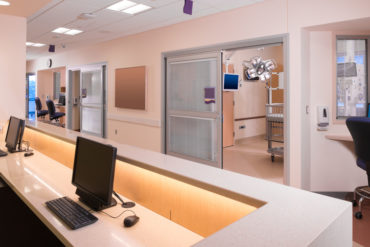 “Ontario is frequently criticized as having the most expensive auto insurance rates in the country,” wrote David Marshall, former president of the Workplace Safety and Insurance Board (WSIB), who was appointed in 2015 to review and make recommendations on Ontario auto insurance.

“The solution does not lie in reducing benefits,” added Marshall in the report, Fair Benefits Fairly Delivered: A Review of the Auto Insurance System in Ontario final report. Marshall wrote the report in his capacity as a special advisor to Finance Minister Charles Sousa.

The Statutory Accident Benefits Schedule was “never intended the auto insurance system to be a cash jackpot,” he suggested. “Many insurance companies, however, are not incented to see their role as providing medical care to clients. Rather, they are incented to close their liability with as little cash cost as possible and hence they introduce the practice of negotiating cash settlements with claimants in lieu of medical treatment, future wage and other future benefits under the SABS.”

Although designated assessment centres were used until 2006, a system of independent examination centres would be different from the DACs of the past, in that an evaluation would “take place much earlier in the treatment cycle,” Marshall wrote.

An IEC system “is not concerned in any way with approving or denying a claim,” he added.

By contrast, he explained, the DACs would assess auto claims “as precursor to a mediation or arbitration hearing or litigation.”

DAC assessments “were often long, drawn out and expensive, as several experts, frequently from different organizations, were asked for separate opinions based on their area of competency,” Marshall explained, adding DACs “frequently acted on behalf of insurers or claimants in providing medical assessments to them separately.”

The province, Marshall wrote, “should set up an arms-length regulator with a skills-based board.” This, Marshall suggested, is already under way with the passage into law of the Financial Services Regulatory Authority of Ontario Act.

That act was made law in 2016 with the passage of the omnibus Bill 70, the ruling Liberals’ budget measures act.

The new regulatory authority resulted from recommendations made from a panel appointed in 2015, Sousa told the legislature in November.

“That year, we appointed an expert advisory panel to review the mandates of the existing agencies,” Sousa said at the time. “The panel consisted of George Cooke, the former president and CEO of the Dominion of Canada General Insurance Company and chair of the board of directors of the OMERS Administration Corp.; James Daw, former Toronto Star personal finance columnist, who has written extensively about all facets of Ontario’s financial system; and Larry Ritchie from Osler, Hoskin and Harcourt LLP, partner and former vice-chair of the Ontario Securities Commission.”

That panel “concluded that significant change was required, in part because the financial services and pension sectors are changing at a rapid pace,” Sousa added in November when he tabled Bill 70 for second reading. “To keep pace, they argued that Ontario needed a regulatory authority that is flexible and innovative and that possesses the expertise appropriate to match the consistently evolving financial environment. In short, the agency’s effectiveness was limited by a list of items outside their control, such as mandate, authorities and resources. They called not for amendments, revisions or improvements to the existing regulatory framework and apparatus; they called for replacing the current regulatory structure and approach with one that would be more flexible and also more accountable.”

“The government had already put in place legislation to create and independent regulator,” Marshall wrote.