How Aviva Canada fared in the first half of 2021

In personal lines, the COR for Aviva’s Canadian business was up 1.5% in HY21 to 87.9% from 86.4% in HY20, “driven by an increased contingent profit commission provision and unfavourable prior-year development, partially offset by better pricing and underwriting and reduced catastrophic weather losses.”

One main difference in the commercial results year-over-year was that last year, the insurer set aside some reserves for COVID-19-related losses on business interruption, Aviva Canada CEO Jason Storah told Canadian Underwriter in an interview Thursday. This included a large program that paid out claims for dental operations affected by the pandemic.

“We didn’t do that this year. And that is behind us,” Storah said. “So that’s a really big driver of the result, as well as just the continued underlying improvement and performance of our commercial business.” 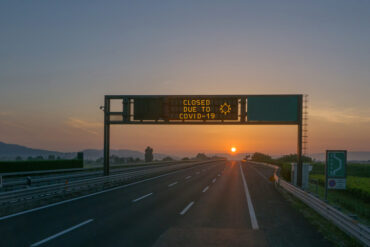 A very benign Cat season for the first half of the year, lower driving activity due to the pandemic, along with the continued improvement in the underlying performance of the business factored into the personal lines results, Storah said.

“I would never expect to have no Cats in the first half of the year,” he added when asked if there were any surprising results from the half-year results for 2021. “That’s definitely unusual. So, we will take that as a one-off. We’ve seen Cats obviously come with a vengeance in July.”

For example, on July 2, a massive hailstorm in Calgary caused an estimated $247 million in insured damage, according to initial estimates from Catastrophe Indices and Quantification Inc. (CatIQ). Industry experts also believe that a tornado that swept through Barrie, Ont. July 15 will be considered a Cat.

As for Aviva Canada’s HY21 results, gross written premiums (GWP) were up 6% to £1.661 billion (HY20: £1.580 billion). In personal lines, GWP of £1.047 billion (HY20: £1.029 billion) was “marginally higher despite rate reductions in Ontario [auto] applied towards the end of the period,” the half-year report said. Commercial lines GWP increased to £614 million (HY20: £551 million) “mostly due to increased rate in the prevailing hard market, change in business mix, new business activity and higher policy retention.”

What will the future hold? Storah told Canadian Underwriter that he expects an upward trend in driving activity. “It might be that driving activity is different in nature,” he said. “But we’re definitely expecting to see that, and then that will have an increased impact on claims.”

The insurer will then look at rate reductions and rate actions taken to see what needs to be done going forward, given increased driving activity and claims.

There is a paperless initiative in place as well, Storah noted. “We’re really, really working hard on where we can digitize, automate and simplify our business for our customers and our brokers.”

From a pandemic standpoint, Aviva Canada opened its offices in July, up to a maximum of 20% capacity. “We’re hoping that at some point, we’ll be able to move to a phase two of that where we can get up to a capacity of 50%, maybe some time in the fall, depending on provincial guidelines” Storah said.

“We’ll look at the provincial guidelines, and we’ll add a layer of our own conservatism in place, and then we’ll go from there. We’re ready to react, depending on what the government advice is and what happens with infection rates.”