The Canadian property and casualty industry lost money on underwriting during the first six months of 2019 – a performance worse than 2016, when Fort McMurray was devastated by wildfire, A.M. Best Company Inc. reported Friday.

“2019 could be another tough year,” A. M. Best associate director Raymond Thomson said during the ratings firm’s 13th annual Canadian market brief at the Sheraton Centre in Toronto. 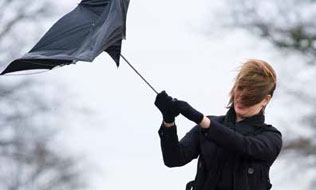 Last year was characterized by a plethora of extreme weather events, though no single event cost the industry nearly as much as the 2013 floods that hit southern Alberta and the greater Toronto area.

So why was the industry’s financial performance was better in 2013 and 2016 than in 2018, an audience member asked A.M. Best analysts Friday.

One reason is that in 2013 and 2016, Canadian primary insurers were able to unload a lot of their losses from Fort McMurray and the large flooding events to reinsurers, A.M. Best senior director Greg Williams said.

“When you take a look at 2018 events, a lot of that fell below their net retention,” meaning many of last year’s losses did not get reinsured, added Williams.

Different Canadian insurers have different strategies on how much of their insured losses they will retain and how much will be reinsured, said Williams.

“Across the board, we have seen price increases with property.”

“Some of the stronger wind storms may have impacted both commercial areas and apartment buildings,” Gordon McLean, senior financial analyst for A.M. Best, said Friday.

One slide listed the 13 most expensive events since 1991.

Placing seventh and eighth were the 2011 Slave Lake wildfire ($591 million) and the 2014 hail storm in Airdrie ($583 million). Figures for both of those Alberta disasters were adjusted for inflation.

Placing fifth (at $784 million, adjusted for inflation) was an August, 2005 thunderstorm in the Toronto area that caused the bridge carrying Finch Avenue over Black Creek to collapse. That closed Finch Avenue between Jane and Keele Streets for several months.

The bottom five were hail-wind storm events – including a 1991 southern Alberta event that cost the industry $343 million at the time, or $554 million adjusted for inflation.