How brokers can stop a flooded basement

A recent study suggests brokers have a golden opportunity to talk to homeowners one-on-one about how to protect homes from basement floods. 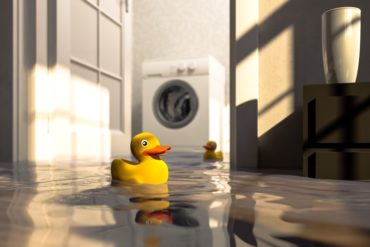 “Our project tested the effectiveness of various outreach approaches to motivate residents to address basement flood risk,” said Cheryl Evans, director of the Home Flood Protection Program (HFPP) at the Intact Centre on Climate Adaptation. “Sending out flyers and posting tips on social media helps to raise awareness, but that is not enough. Residents trust advice from flood-impacted neighbours, insurance providers and even informed staff at hardware stores…

“One-on-one conversations with people they trust make all the difference for many people.”

What information can brokers provide to their clients about basement flooding?

The HFPP studied results from home flood risk assessments completed by flood risk assessors at more than 500 homes in southern Ontario and Saskatchewan in 2017 and 2018. Based on the study, the report reveals the Top 10 ways for homeowners to protect themselves against basement flooding; several of the items cost less than $500 and can be done over the weekend.

Home assessments in Ontario found a number of common issues inside the home, including:

Outside the home, the assessments revealed:

Homeowners in the study cited cost as the Number 1 reason why they did not complete the repairs or installations necessary to prevent basement floods. But the price tag paled in comparison to the average price to repair a flooded basement — $43,000 in 2018.

Sixty percent of study participants reported completing actions that cost under $500 and could be done by a “handy” homeowner generally within a day. Examples included: storing valuables in waterproof containers or removing them from the basement; cleaning out eavestroughs; installing window well covers; and extending downspouts and sump pump discharge pipes to a minimum of two metres away from the foundation.

1 Comment » for How brokers can stop a flooded basement