How Economical returned to profitability

Commercial premiums for Economical Insurance are down more than 10%, but that does not mean prices are dropping.

“We have limited our exposure to highly volatile lines of business – those that were habitually under-performing – and there were several segments over the last couple of years that we actually exited the business,” said Rowan Saunders, CEO of Waterloo, Ont.-based Economical, in a recent interview with Canadian Underwriter.

During the last two years, Economical has reduced revenue in volatile or unprofitable lines of business. Some examples include dairy farms, forestry, residential realty construction and some classes of trucking, Saunders said. 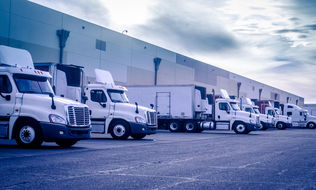 “If you don’t have a broad enough portfolio that is properly constructed, the volatility of big losses has a disproportionate impact on your commercial portfolio.”

Economical released Aug. 1 its financial results for the three months ending June 30, reporting its commercial insurance premiums were 12.8% lower in the latest quarter than in Q2 2018.

The company has been replacing unprofitable or volatile lines of business with more profitable lines at better rates.

“We are benefiting from better market conditions and I think it would be fair to say that the commercial marketplace as a whole is operating in a more disciplined fashion than it was a few years ago,” said Saunders.

The improvement in commercial is one of the reasons Economical has returned to profitability.

Economical was profitable despite the underwriting loss because the insurer had $61.2 million in investment income in the latest quarter.

“That’s really the underwriting discipline and the planned re-shaping of the portfolio coming through,” said Saunders.

Economical has also been increasing personal auto rates for some clients and tightening its risk appetite.