Emergency generators not only temporarily provide electricity during a power outage, but can also mitigate property damage and help reduce insured losses, says a new report from the Institute for Catastrophic Loss Reduction (ICLR). 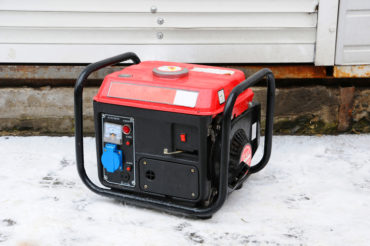 The problem, McGillivray said, is that people tend to run out and buy a generator just prior to or during an emergency. “So they grab whatever is available and hope for the best,” McGillivray said. “Really, though, a fair bit of research should go into the purchase. And people should consult experts, and not just the person working down at the big box store.”

For brokers, they can highlight the upsides and downsides of emergency generators and advise clients who are interested to first do their homework. “The best time to buy a generator is when the sky is blue and everything is OK. Then you can take your time and make the right purchase,” McGillivray said.

Released Jan. 6, the report Focus on emergency generators highlights key features to consider (such as automatic start and low-oil shutoff), how to choose the right unit and installation considerations.

In November 2018, the Canadian Press reported that the number of storms requiring a response from BC Hydro repair crews has tripled since 2013. The number of customers affected by an outage also jumped from 323,000 in 2013 to nearly 1.2 million last year.

Earlier this week, there was reportedly a hydro pole explosion in Prince George, leaving 900 people without power. In early January, a powerful storm swept across the province, leaving flooded or snow-clogged roads in its wake.

“I think it is important to underscore that severe weather events appear to be more common, and will almost definitely worsen in the years ahead,” McGillivray said. “At the same time, our power infrastructure is in rather poor condition and getting worse as time goes by. These two things, coupled with society’s growing dependence on electricity, means that disruptions in power supplies will only become more common, longer and more disruptive and costlier.”

2 Comments » for How emergency generators can help reduce insured losses