How long will it take to get out of this hard market?

After setting aside as to whether or not we’re in a hard market, industry consultant Phil Cook said he expects the hard market to last into 2022.

Cook, who is also chairman of Omega Insurance Holdings, typically gives his Industry Trends and Predictions early in the year. But with the COVID-19 pandemic turning many things on their heads, he decided to revisit his analysis recently with the Insurance Institute of Ontario.

In his first presentation earlier this year, Cook didn’t believe the Canadian property and casualty insurance industry was in the early stages of a hard market.

“I’ll tell you right up front, in January this year when I did the last set of predictions, I came fairly strongly to the conclusion that we weren’t necessarily in the first year of a hard market,” he said during the webinar.

He saw 2019 as more of an adjustment year that wasn’t ushering in the start of hard conditions, despite what others were saying. “Those of you on the front lines will probably dispute that at first sight in terms of what happened in 2019, in terms of increased rates and lessening of cover,” he said.

“I’m revisiting that now based on COVID and I do believe that COVID itself is going to cause 2020 to continue to be a hard market — not just a difficult market, but a hard market,” he said. 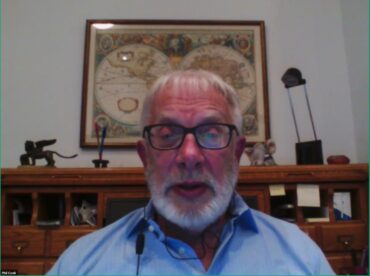 And the hard times will continue. “2020 will be a very hard market; 2021 will also still be a hard market; and potentially 2022 will be the third or third-and-a-half year of a hard market, which is usually what the cycle is for a hard market,” Cook said.

“So I think those who were saying we were already in a hard market in January are correct, but for perhaps for different reasons. COVID is definitely driving it in the wrong direction.”

But the usual indicators were not there, Cook pointed out. Take the hard market just after the turn of the century. Combined loss ratios in the three years leading up it were 105.9%, 108.7% and 111%. A hard market followed.

“So it doesn’t have the same feel to it and it doesn’t have the same urgency to it,” Cook said. “But when you then overlay the COVID-19 exposure, at least in the first half of 2020 and then what it’s likely to be in the second half of 2020, we’re definitely going to see a deterioration in combined ratios — no question about that. Therefore, it’s going to perpetuate that hard market.”

And it’ll stick around for some time, he warned. “Once we are actually in a hard market, it is going to take two to three years before we recover from it.”