How modernization of payment systems in Canada could increase cyber claims

While theft of funds remains a relatively minor source of Canadian cyber claims for one specialist insurer, it is expected to grow as further modernization of payment systems takes place in the country.

CFC Underwriting released Friday its 2018 cyber claims data, which found ransomware was the primary driver for claims in Canada. Ransomware accounted for 32% of all cyber claims notified last year – a 9% jump from 2017. CFC doesn’t typically share its total claims volume, but more than 10% of global claims come from Canada. 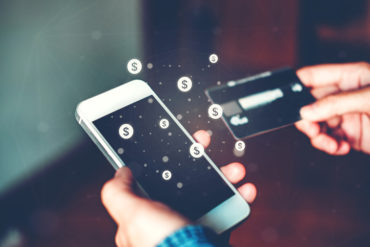 Despite the relatively low percentage of cyber claims for theft of funds, this is expected to increase as modernization of payment systems continues in Canada.

While many regions, such as Canada, process payments at the end of each day or on the next business day, “very soon we can expect to see more real-time payment facilities,” Burns said.

Canada’s second-largest insurer, Aviva Canada, told Canadian Underwriter in February 2018 that it is hoping to explore opportunities related to its payment infrastructure. That month, Justin Ferrabee, the chief operating officer of Payments Canada, said Canadian insurers should start to plan how they will implement ISO 20022, an international standard that supports electronic payments.

ISO 20022 is “becoming the standard for electronic funds transfer globally,” Payments Canada said Feb. 6, 2018. The global standard enables the transfer of rich data with payments (traditionally, data and payments are kept separate). Bringing rich data and payments together can potentially improve automation and efficiency, reducing many of the pain points in accounts payable and receivable – particularly for insurance companies, which process large volumes of payments.

“Your large insurance companies… ought to be thinking about an ISO 20022 environment and how they are going to modify their systems and what vendors they have and are those vendors ISO-enabled,” Ferrabee said in an interview with Canadian Underwriter last February. “They should start that process because it takes time. They should talk to their bank about when their bank is ready to accept those messages.”