How much did auto insurance rates go up in Alberta last quarter?

Alberta’s Automobile Insurance Rate Board (AIRB) has approved rate increases for more than 20 insurers in Q4 2019, ranging from less than 1% to nearly 30% for basic coverage for private passenger vehicles.

The rate hike was about 10% on average. Over 92% of the private passenger vehicle market submitted filings for a rate change from September to December 2019, and many were implemented for new business during this quarter, AIRB reported in its Q4 2019 rate filings, released Friday. 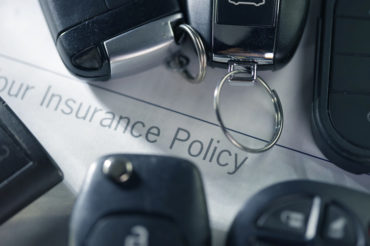 For combined rates (which includes basic and additional coverages), the increases were less, up to 20% at most.

Celyeste Power, vice president of Insurance Bureau of Canada’s (IBC) western region, said that the new hikes are about 10% on average.

Power said she hopes longer-term reform will come from a provincial panel currently reviewing the entire auto insurance system to determine ways to improve it for the industry and drivers. The panel is to report back in the spring.

“Following nearly two years of rate restriction, some Albertans found it difficult to obtain the coverage they required or access to payment plans,” AIRB said, referring to the former NDP government’s 5% cap on auto rate increases which began in late 2017. “These actions by insurers were directly related to their inability to receive approval for rates commensurate with the risk. The AIRB expects insurers who received approval for a rate increase to cease practices that limit access to certain coverages for Albertans.”

The ministerial order limiting AIRB from approving rate increases greater than 5% on an individual insurer’s overall rate level expired on Aug. 31, 2019, after being in place since Nov. 1, 2017.

The approved overall rate level change does not reflect how an individual driver’s premium may change as a result of the insurer’s rate filing, but reflects the average rate level change for all drivers who are insured with the carrier.

7 Comments » for How much did auto insurance rates go up in Alberta last quarter?