The number of customers looking to insure an electric vehicle (EV) is rising, which is having a ripple effect on auto carriers due to the increased cost to insure these vehicles, according to a recent report from LowestRates.ca.

“Generally speaking, EVs are more expensive to insure because the cost to replace the batteries they’re powered by is expensive if they’re destroyed in a collision,” LowestRates.ca said in a blog last week. “The newer and more advanced a car’s parts and features are, the more costly it is to replace them.”

However, LowestRates.ca told Canadian Underwriter Wednesday that EVs are more expensive to insure, although “it’s not by much. And, in some cases, green incentives from insurers can eliminate the difference.”

While it can be more expensive to insure an electric or hybrid vehicle due to its expensive battery, the process is very similar to insuring a gas-powered car, LowestRates.ca noted. For example, insurers will still include a number of factors in calculating a rate, including gender, driving background, location, car model, and whether it’s a personal or business vehicle. 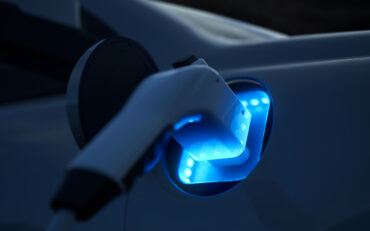 Auto manufacturer Tesla has the most electric vehicle car insurance quotes filled out on the comparison site.

LowestRates.ca recommends first comparing car insurance rates for the EV, then asking your insurance provider if you’re eligible for any additional discounts on top of government rebates. “More insurance providers are providing ‘green discounts’ to drivers who purchase an electric or hybrid vehicle,” the blog said.

Generous government incentives in provinces like British Columbia and Quebec could be playing a role in fuelling Canadians’ interest in EVs. In British Columbia, EVs accounted for 8.4% of all new vehicle registrations in the province, making it a leader in terms of EV adoption, LowestRates.ca reported. Quebec is Canada’s leader in terms of EV sales. In 2020, more than 26,000 electric cars were registered in the province, accounting for nearly half of all registrations in the country.

“B.C. and Quebec have generous incentives that buyers in those provinces can use in addition to the federal incentives of $5,000,” Nino Di Cara, president of Electric Autonomy Canada, said in the blog. “There’s more demand in those provinces, which means that the car makers send more of their electric vehicles to those regions.”

By 2022, it’s estimated there will be more than 500 different electric vehicle models available worldwide. Electric vehicles are predicted to account for more than half of all passenger vehicles by 2040.