How should employers treat recreational marijuana use?

Employers should treat marijuana use in the workplace as they would alcohol use, a senior claims professional told Canadian Underwriter Monday.

“All of the liability still exists,” said Heather Matthews, senior vice president of Crawford & Company (Canada)’s National Claims Management Centre. “As that employer, you are vicariously liable for your employee.” 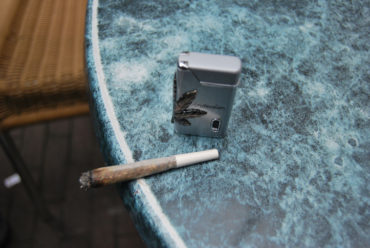 Matthews spoke to Canadian Underwriter days after the wrap-up of the RIMS US conference, held in Boston from Apr. 28-May 1. The past president of the Canadian Independent Adjusters’ Association spoke at a RIMS session called Managing the Use of Marijuana in the Workplace: A North American Perspective with Dr. Marcos Iglesias, chief medical officer at Broadspire, a Crawford company.

Using RIMS as an example, Matthews noted that there were various social functions, such as cocktail functions and dinners. So given that pot smoking is allowed wherever tobacco smoking is, what’s to say marijuana smoking areas won’t start popping up at cocktail parties in Canada?

The upcoming legalization of marijuana edibles this October will pose additional challenge for employers. “From a pharmacological basis, it’s absorbed much more slowly, so it’s going to linger; you don’t get the effect right away,” Dr. Iglesias said Monday. “It also metabolizes differently, so it stays longer.” For example, a worker may eat an edible and then go to work operating machinery hours later “and they may be impaired, but nobody’s thinking about that because that was six hours ago,” Dr. Iglesias said.

The control over the use of marijuana edibles in the workplace is another factor. With a marijuana cigarette, it is easier to observe that an employee may be smoking it. For example, there may be a designated smoking area, and there is a strong smell associated with it. But eating an infused cookie in the workplace is not as easily noticed. “So, having that ability to observe is much more difficult,” Matthews said.