There is a movement afoot to set-up a mutual insurer or something similar, by which Ontario taxi operators can self-insure the commercial auto insurance they need.

The idea is for different taxi companies to get together and collectively own the insurance company.

Yellow Taxi plans to get together with other Ontario taxi firms to look for a law firm that sets up captives, licenced insurers, and similar entities. 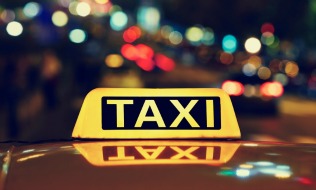 “We are working on the idea. It is still a raw idea but we took initial steps,” Savehilaghi said in an interview about availability and recent pricing trends in taxi insurance. “At some point we will have to have a name for it. We will have to explain how it works.”

Yellow Taxi does not itself buy the commercial auto insurance. It’s the owner-operators of taxis affiliated with Yellow who buy their insurance. Until this past fall, his London, Ont. cabbies were paying in the neighbourhood of $6,000 a year. But then on renewal, many saw prices go up to about $8,000 or $,9000, Savehilaghi said in an interview.

“All of a sudden, with absolutely no explanation to us, no reason provided to us, the insurance premium in London increased by 45%.”

This happened to some with 10 days or less to renew.

Moreover, Savehilaghi  reports some Toronto taxi owners are paying about $18,000 a year in insurance premiums and province-wide, many have to go the Facility Association for coverage.

Savehilaghi plans to meet with other Ontario taxi firms to further refine the idea of a mutual or some sort of self insurance.

“The whole idea is we are not going to do it for profit,” said Savehilaghi. “It’s going to be money invested from owner operators. Taxi companies will have no direct control over it. We will have licenced people who know about the concept and about the business. They will run it. They will be paid for it.”