How this auto client got bus-ted

A British Columbia motorist whose sharp right turn made a bus brake suddenly has lost his dispute with the Insurance Corporation of B.C.

Li tried unsuccessfully at the Civil Resolution Tribunal (CRT) to pin liability on the bus driver, for not insisting that the injured passenger  be seated before the bus pulled out from the curb. In addition, he blamed the passenger who was injured for not having her fare ready in advance.

Li was driving east on West Cordova Street in the middle lane. A TransLink bus travelling in the same direction in the curb lane stopped just before Richards St. to pick up and drop off passengers. 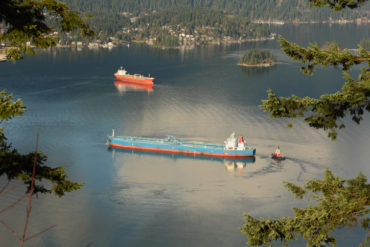 As the bus resumed driving east of the stop, Li suddenly drove from the curb lane, into the right lane and turned right on Richards Street.

The bus stopped suddenly. Although a collision was avoided, the sudden stop caused a bus passenger, Jennifer Pook, to be injured.

TransLink’s video footage shows Li did not move into the curb lane until his front tires were at the crosswalk for Richards Street, Orr noted.

“Bus drivers are not generally required to wait for passengers to be seated before proceeding unless they are obviously impaired in some way, carrying a child, or otherwise unable to hold on,” Orr wrote. “Although Ms. Pook was reaching for her pass at the time of the accident the evidence does not indicate that she was unable to hold on.”

Li also argued the injured passenger should have had her fare ready when boarding the bus.

But Orr countered there is no requirement for a bus passenger to have their fare ready before entering a bus, and Pook had no control over when the bus started moving.

More News
Related
A driver is convicted of assault after a collision. Is the vehicle’s owner vicariously liable for the crash?
How ICBC can cut auto injury claims costs by more than $20 million
Why a public insurer may have to cover the liability of a suspended car owner
Can’t hear the ambulance? Turn down your radio