How this Top 5 insurer is approaching return to work

Wawanesa Mutual Insurance Company is allowing the “vast majority” of its team members to choose where they want to work starting mid-September.

“The core of it is simple — it’s flexibility,” Carradice said. “We’ve decided to give our people the flexibility, the choice, of where they will work. If it’s working from the office, from home, or a hybrid of time spent in both locations, again, the choice will be there.”

Carradice said the insurer is looking towards the middle of September to implement what it calls its “distributed work plan.” Because Wawanesa operates across Canada and in the United States, there will be a “little bit of variation” when the plan comes into effect for staff, she said.

The office-only role requires the use of equipment or paper-based processes. Employees who must use these processes, who are currently in the office, will need to be in the office five days a week. This affects about 2-3% of Wawanesa’s workforce. 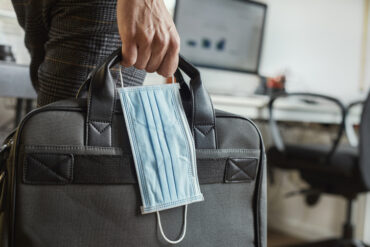 The second category is for team members who require a “more significant in-person interaction with either customers or brokers,” or the periodic use of on-site equipment or paper-based processes to complete a task. These workers, who may need to be in a particular territory, or within a commutable distance to the office or worksite, constitute about 6-7% of the workforce.

At least 90% of the workforce is considered in a flexible role. “The vast majority of our workforce can do their work in-office, from home, or hybrid,” Carradice said.

Since announcing the plan, the insurer has received a “tremendously positive response,” Carradice reported. On the employee intranet, it received the most “likes and comments” of any post.

The three main goals of the distributed work plan revolve around people, continued support of the business, and talent. “We really wanted to give our people flexibility, and empower them to work in a way that’s best for them,” Carradice said. “So, we’ve determined there’s no minimum amount that they will be required for time in the office. It’s all role-based.”

The workforce was able to continue to support the business through the COVID-19 pandemic. “We saw throughout the pandemic that our workforce was incredibly focused on delivering excellent service to our customers and our broker partners,” Carradice said. “So, it didn’t matter where they work.

“And our investments in technology in recent years have been really critical. They positioned us to go seamlessly from working in the office to working remotely when the pandemic hit.”

A flexible work arrangement will also become an increasingly important aspect in recruiting and retaining top talent, Carradice said. “Everyone’s talking about ‘The Great Resignation,’” she said, referring to studies that show some employees are quitting and finding new employers. “And we know that [flexible work is] the kind of thing that people are looking for. We want to remain that employer of choice for our skilled people in the insurance industry.”

Wawanesa will keep an eye on the plan and adjust as needed. “We’ll take this approach of continuous improvement, continue evolution,” Carradice said.

Trust in its people is a core component of the plan. “When we think about this… ongoing notion of flexibility and choice, it excites a lot of us.”