How to keep clients happy if their auto premiums skyrocket

A huge hike in auto rates does not mean your client has to be disgruntled.

“There are things that insurers can do to soften the blow when [auto] insurance rate actions need to be taken,” Tom Super, director of the insurance practice at J.D. Power, said Friday in an interview. For example, a broker or agent can call the customer on renewal, explain why auto rates are going up, and look for ways the client can get a discount. 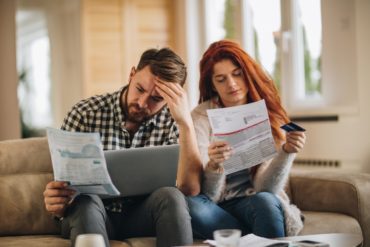 J.D. Power released its 2019 Canada Auto Insurance Satisfaction Study on Thursday. Clients were asked to rate their carriers on a scale of 1,000 on several different criteria.

Among the consumers surveyed by J.D. Power whose auto premiums increased, the respondents rated their carrier an average of 619 out of 1,000. The number increased to 688 for customers who were given options to get a discount. For those who said they understood their bill and their policy, the customer satisfaction score averaged 741.

“Those who had at least an annual policy review with their agent had higher levels of satisfaction,” said Super.

The survey results reflected a firming market in auto lines. “What we found is that prices are soaring,” said Super. “Forty percent of surveyed consumers said that they received an insurer-initiated rate increase. The carriers are facing some profitability challenges and passing those increased costs on to consumers in the form of rate increases, which of course will have an impact on satisfaction.”

In Ontario, approved rate increases averaged 3.35% during 2018 Q4, and 2.6% in the third quarter, the Financial Services Commission of Ontario said.

Some insurers say they are not able to get approval for the rate increases necessary to cover their increasing lost costs. The higher costs of repairing late model vehicles and distracted driving are among the factors cited by insurers as to why claims costs are increasing.

“There are things an insurer can do to provide context for why [consumers] are seeing their premiums go up,” Super said.

That context is required to maintain a broker’s retention levels. Many clients facing rate increases have not had claims, as Super observes. “They are saying, ‘I am loyal to you. Why are you doing this to me?’”