As cannabis comes closer to being legalized in Canada, Hub International told Canadian Underwriter the three major risks the brokerage has faced while writing cannabis insurance for the past four years.

One of them is cash-on-hand, meaning pot producers have money stolen from their premises. A lot of pot entrepreneurs may be carrying a lot of cash on hand. “Employee theft is huge right now,” Hub’s U.S. cannabis segment leader, TJ Frost, told Canadian Underwriter. 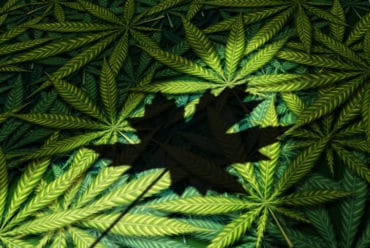 Another relates to delivery operations. There is insurance available to cover the product while it is moving, and risk can be reduced by having the proper security measures in place. For example, cameras, non-marked vehicles, protection for cargo, such as cages and safes, etc.

And product liability is also a well-known risk. “This is an industry-wide fear that one large product claim can ruin the marketplace for insurance,” Frost said. Consider a situation in which a vape cartridge heats up in a driver’s jeans pocket and burns the leg of the driver, causing a fatal crash. “There are many claims that can arise in many different situations here,” Frost said.

On Aug. 15, Hub launched cannabis insurance and risk services for the Canadian market. The product provides medical and recreational cannabis producers, distributors and retailers with protection and specialized solutions to reduce risks in all aspects of their business.

Will the change in distribution model change how the brokerage addresses marijuana coverage?

“That came to my attention,” Frost said in an interview. “A lot of our Canadian producers have reached out. We basically talked to everyone and got a consensus that we don’t find it’s going to be an issue. Our producers and brokers are excited for it.”

Marijuana-related exposures will be relatively the same between the U.S. and Canada, Frost said. One major difference between the two countries is that laws in the U.S. are per state, whereas in Canada cannabis will be regulated under one (federal) law. (The provinces and territories will be responsible for determining how cannabis is distributed and sold within their jurisdictions.)

“We actually think Canada is in a really good spot,” Frost said. “They’ve learned a lot from watching the U.S. either fail or progress with cannabis, so we’re really excited to see this play out in October.”

Hub’s product looks at all cannabis-related risks, including ancillary businesses. The company’s expertise ranges anywhere from cultivation, to retail, to packaging facilities and delivery operations. The product covers: