‘I quit’: Wave of resignations prompts concerns over labour shortage

CALGARY — If not for COVID-19, Valerie Whitt might never have summoned the courage to quit her job.

The 50-year-old Markham, Ont. woman had been a project manager for Ontario Health for 13 years. She felt drained and exhausted from battling traffic to and from her downtown Toronto office for up to two hours every day, but she was intimidated by the thought of giving up her stable position and steady paycheque.

Then the pandemic hit. Office workers everywhere were ordered to work from home, and for the first time, Whitt got a taste of a different life. She was still doing her job, but without the grind of her commute. She had more time to exercise and to plan healthy meals, and more energy for her six- and 10-year-old daughters.

“Just having that space in my life — not having to get up and rush to work, rush the kids out the door — gave me a lot of time and space to really evaluate my life and what I wanted to do,” said Whitt, who officially quit her job last week and will be freelancing as she works toward the goal of starting her own business.

“This pandemic has shown me there’s more important things in life than having that busy corporate career.” 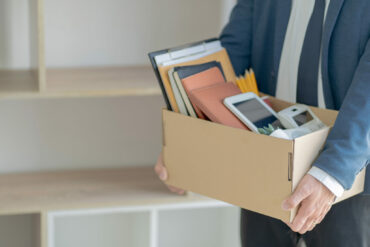 Whitt’s story is by no means an isolated case. As the Canadian economy emerges from more than 15 months of COVID-19 restrictions and workers begin to return to the office, experts say a wave of employee resignations could trigger labour shortages in a variety of sectors.

Knox said employers are already encountering employees who are enjoying work-from-home and don’t want to return to office life, as well as employees who are burned out after a stressful year. He said some employees seem to have used the past 15 months to re-evaluate their life choices, and are now saying “I quit.”

While there is no statistical evidence of a mass exodus happening in Canada yet, the trend already appears to be taking shape south of the border. According to U.S. Department of Labor statistics, the share of U.S. workers leaving jobs in April was 2.7 per cent, a jump from 1.6 per cent a year earlier and the highest level in more than 20 years.

“We’re always fast followers. We take our cues from the U.S,” Knox said.

A Statistics Canada report released in May said 22 per cent of Canadian businesses surveyed expect “retaining skilled employees” will be an obstacle over the next three months, while 23.8 per cent identified “shortage of labour force” as a looming issue. The sectors most concerned about retention were retail (32 per cent) and accommodation and food (31 per cent).

According to industry lobby group Restaurants Canada, more than 800,000 Canadian food service workers lost their jobs or had their hours reduced to zero during the COVID-19 pandemic. Paul Grunberg, owner of Vancouver restaurant Salvio Volpe, thinks some restaurant workers who were laid off more than once in the last year due to public health restrictions are fed up with instability and are now looking for entirely new careers.

“We (Salvio Volpe) are seeing significant turnover, and to be honest, I’ve been desperately hoping it’s nothing I did,” Grunberg said. “But I really feel like people are just, ‘I want a change. I want to get out of the industry, and work someplace maybe that’s less challenging.’ “ 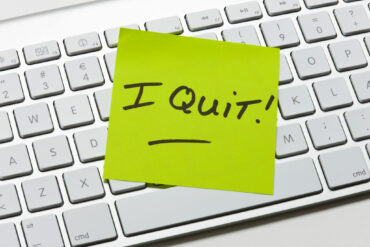 In Alberta, where the unemployment rate still hovers close to nine per cent, there are growing fears that recruitment and retention challenges could slow the province’s recovery from recession, said Scott Crockatt, spokesman for the Business Council of Alberta. He said some of the province’s largest companies report filling vacancies is more difficult than expected right now.

“Staff are looking for more flexibility, and we’re hearing that across every sector,” Crockatt said. “In some cases they’re not interested in going back to their previous employment if they can’t get that flexibility.”

At Edmonton-based Morgan Construction and Environmental, which is involved in oil and gas and mining projects across Western Canada, there are over 75 job openings right now where normally there would only be a handful. President and CEO Peter Kiss said many of his fly-in, fly-out workers from other provinces are quitting.

“It seems like any sort of work stress, the travel, the COVID requirements at site, all those other things, are just too much stress for people right now,” Kiss said.

Stress was a major factor behind Emily Campbell’s decision to quit her TV reporter job in Montreal and move back to her hometown of Calgary last month. The 30-year-old had been mulling the idea of moving closer to family for a while, but a year’s worth of reporting on a major global health crisis by day and returning to an empty apartment at night solidified her plan.

“I was stressed out and anxious and lonely. I realized ‘wow, I can’t imagine doing this job for the next five years, let alone the next 25 years,’” Campbell said. “The longer the pandemic went on, it kind of clarified my priorities.”