The Insurance Bureau of Canada (IBC) is applauding the Government of Ontario for “continuing to make auto insurance reforms a priority” as the government released mid-point mandate letters for all Cabinet Ministers. 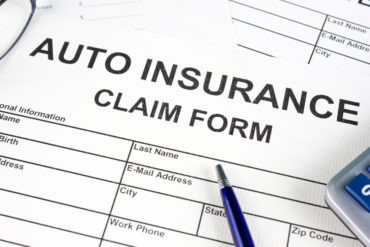 One of the key items in Minister of Finance Charles Sousa’s mandate letter is to continue to work with Ontario’s Advisor on Auto Insurance to build upon the nearly 10% auto insurance rate reduction since August 2013 and to pass additional savings on to Ontario consumers, IBC said in a statement on Friday, the same day the mandate letters were released. Advice to government should be received by the end of 2016, the letter added.

In addition, Premier Kathleen Wynne has asked the Minister of Infrastructure to work with the Minister of the Environment and Climate Change to make improvements to the capital planning process. “This is an important step in building more resilient infrastructure that can better withstand the impacts of climate change – a key priority for many of Canada’s insurance and reinsurance companies,” IBC said in the statement.

Among the items in the letter to the Minister of Infrastructure, Bob Chiarelli, is developing and initiating a program in 2017 to reduce greenhouse gas emissions from heritage properties; working with the Minister of Research, Innovation and Science to “develop a program to demonstrate low carbon technologies using government assets”; incorporating climate change into existing and future municipal funding programs; and working with the president of the Treasury Board to develop an approach to make the Ontario government carbon neutral by 2018.

In addition to auto insurance reforms, IBC will continue to work with the government on fighting auto insurance fraud and on implementing changes to the Financial Services Review Commission “to better help the insurance industry serve Ontarians,” the release said.

“The government’s continued focus on auto insurance reforms builds on the progress already made and shows a strong commitment to helping Ontarians keep more of their hard-earned money for other household priorities,” said Don Forgeron, president and CEO of IBC, in the release. “Insurers look forward to continuing to work with Premier Wynne, her government, and all MPPs to best serve the consumers of this province while making their lives more affordable.”