Insurance Bureau of Canada (IBC) will assist in identifying stolen high-end vehicles that police believe were being prepped to be shipped overseas in containers to China and European countries. 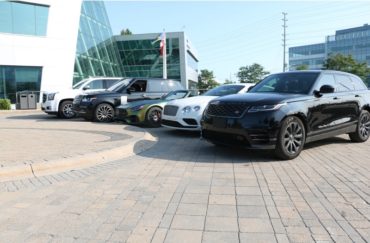 On Wednesday, Ontario’s Peel Regional Police (PRP) announced that five people were arrested and charged with numerous counts, including possession of property obtained by crime and identity fraud. They were all held for a bail hearing and appeared in the Ontario Court of Justice in Brampton Thursday.

“The investigation is ongoing and further arrests are anticipated,” said a press release from PRP, the third-largest police service in Ontario that serves the Region of Peel (which has more than 1.4 million residents).

Following their investigation, police seized more than 20 high-end vehicles, including Mercedes, Audis and Range Rovers. The total value of the vehicles is approximately $2.2 million.

“We would like to thank Halton Regional Police, York Regional Police, Insurance Bureau of Canada, Canada Border Services Agency and Financial Transactions and Reports Analysis Centre for their assistance,” PRP said. “Project Baijin is a perfect example of the quality of work that can happen when the expertise of multiple agencies share information and work together for one common goal,” added PRP Chief Chris McCord.

During the four-month-long Project Baijin vehicle theft investigation that began in April, PRP’s Commercial Auto Crime Bureau joined forces with investigators from other agencies. This is when it was determined that the stolen vehicles were being prepped to be shipped overseas.

On Apr. 10, investigators recovered six high-end vehicles from a business in Mississauga. That day, they arrested and charged two international students. “Investigators found links throughout the Greater Toronto Area and several provinces spanning from Quebec to British Columbia, where vehicles were being obtained and brought to auto shops in Ontario,” PRP said.

A vehicle is stolen every seven minutes in Canada, IBC reports. Last year, six of the Top 10 vehicles stolen were Ford F350 pickup trucks. Three were Ford F250s and one was a Lexus SUV.