Electronic auto theft is on the rise across the country, as more vehicles are equipped with technology like keyless entry remotes, according to Bryan Gast, national director of investigative services with IBC. He told Canadian Underwriter Monday that auto thieves can use a wireless transmitter device to capture the signal between a key fob and vehicle and then use that information to unlock and steal a vehicle.

“One thing we are suggesting is key fob protective pouches or boxes,” he said. “You put your key fob there, as opposed to putting it in a bowl inside your front door where it’s susceptible to somebody intercepting that radio frequency. They can’t access that radio frequency to be able to steal that information from your key fob to be able to start your car. They’re not very much money and [this type of theft is] something that can be preventable.”

These relay attacks have been occurring more in Europe and not so much in North America, “but it is a trend we are starting to see now, which obviously is concerning,” Gast reported. 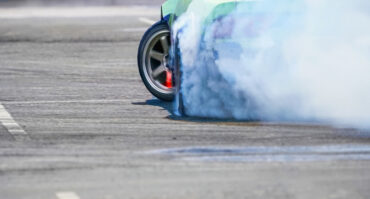 The second trend involves high-end vehicles that continue to be stolen for overseas export. “Some of them are being used by organized crime groups, shipped overseas… and given a new vehicle identification number and sold to unsuspecting consumers,” Gast said. “That’s nothing new, but it’s continuing.”

Some stolen vehicles are being used to commit other criminal offences, such as armed robberies, while others are being stripped for parts, netting the criminal a lot of money.

Another emerging trend, especially during the COVID-19 pandemic, is the rise of dangerous activities such as street racing and illegal gatherings for “drifting” events, IBC reported.

Drifting describes a driving technique in which the driver intentionally oversteers a car, and then countersteers to regain control of the car. Such racing events are providing a market for stolen small, speedy vehicles.

Gast used the example of Ontario’s Peel Regional Police, York Regional Police, and Ontario Provincial Police laying charges in Project Drift. This involved staged street races, drifting, stunting and other dangerous driving behaviours. These drivers would shut down parts of the highway and parking lots to having racing events.

“Some of these vehicles may be modified with stolen parts,” Gast noted. These racing events have been trending since March, when the COVID-19 pandemic began, largely because fewer cars are on the road because of social distancing policies and business shutdowns.

For IBC’s 2020 Top 10 stolen vehicles in Canada, the 2018 Honda CR-V (4DR AWD) SUV tops the list. And there are major differences across the country in which vehicles are stolen.

For example, in Alberta, Ford F-series and Dodge Ram trucks are the most popular vehicles to steal. “These trucks are attractive to thieves, and oil and gas companies have used them almost exclusively, which has brought a disproportionately high amount of them to the province,” IBC said in the release. “In addition, the 2007 and earlier models were easy to steal because many did not have theft-deterrent devices installed.”

In Ontario, Lexus and Honda vehicles dominate the list. Some were stolen for export by organized crime groups, while others have been identified in street racing rings. In Project Seagull in Hamilton, high-end vehicles were being stolen and “chopped” for parts that thieves sold on the black market.

In Atlantic Canada, the Chevrolet Silverado is the most-stolen vehicle. Typically, vehicles like this are targets for export to foreign countries, IBC reported.

“Even if your vehicle isn’t one of the ones on the Top 10 list, all vehicles can be stolen and everybody should take the same precautions,” Gast said. 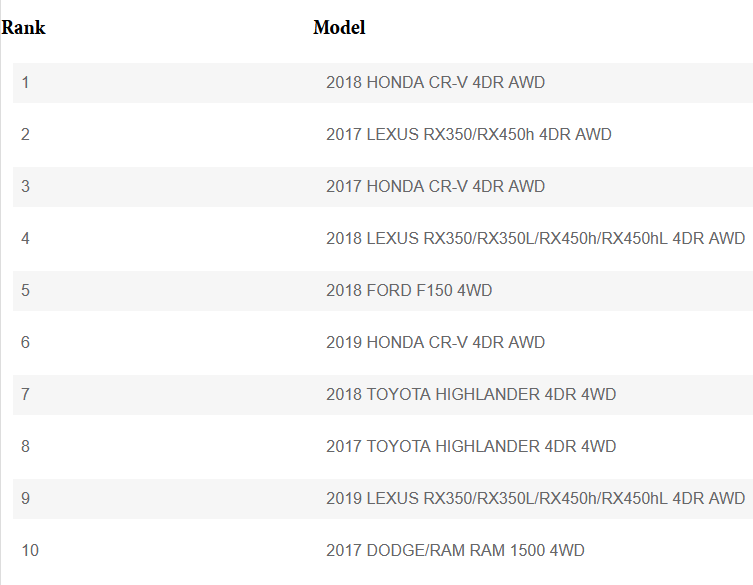 2 Comments » for IBC reveals the latest trends in auto theft