The Insurance Bureau of Canada (IBC) is welcoming the Government of Newfoundland and Labrador’s recent announcement aimed at reducing impaired driving. 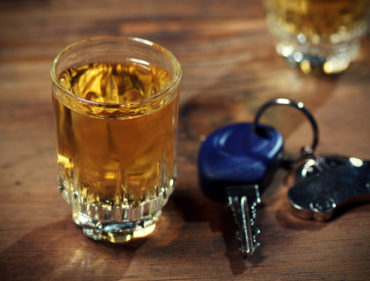 The amendments also include the introduction of a mandatory ignition interlock program as a condition for a driver’s licence reinstatement following a conviction for impaired driving. Additionally,  drivers less than 22 years of age will be required to maintain a blood alcohol content of zero per cent.

The amendments were developed through extensive consultation with Mothers Against Drunk Driving (MADD), and with the support of the Royal Newfoundland Constabulary and the Royal Canadian Mounted Police, the statement noted.

“IBC fully supports the government’s proposed changes and we welcome this fantastic announcement,” said Amanda Dean, vice president, Atlantic, with IBC. “Impaired driving takes far too many lives and it’s something that can be easily avoided. Property and casualty insurers are committed to working with governments across Canada to reduce impaired driving and to keep our roads safe for everyone. This is an important step and the Government of Newfoundland and Labrador is to be commended for this legislation,” she said in a press release on Thursday.

According to a backgrounder from the Government of Newfoundland and Labrador, vehicles will be impounded for three days for a first offence, seven days for a second offence within 10 years and 30 days for a third or subsequent offence within 10 years. The mandatory ignition interlock will be required for one year for a first conviction, three years after a second conviction within 10 years, and five years for a third or subsequent conviction within 10 years. At the discretion of the Registrar of Motor Vehicles, the interlock requirement may be extended if it is determined that the driver still poses a risk to the public based on data collected by the device, the backgrounder said.

Service NL will work closely with the Department of Education and Early Childhood Development, the Department of Advanced Education, Skills and Labour and the Newfoundland Labrador Liquor Corporation to raise awareness, particularly among young people about the new legislation, the provincial government reported.