British Columbia’s government monopoly auto insurer could save up to $27 million a year on claims costs and reduce the risk of legal disputes by taking on a “larger role” in designing plans to treat auto collision injuries, PriceWaterhouse Coopers said in a recent report. 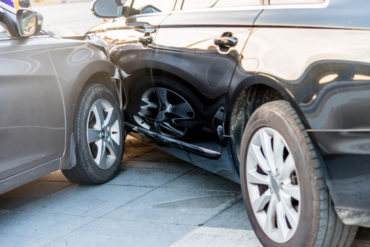 For bodily injury tort claims in B.C., “there is no requirement for injured claimants to pursue specific treatment,” PwC said in its operational review of Insurance Corporation of B.C., commissioned by the province’s Ministry of the Attorney General.

“Under tort law, injured customers claim all medical expenses deemed necessary and reasonable,” PwC stated. “Adjusters are not closely involved in designing a plan for the rehabilitation of the customers and focus on settling the claim.”

After losing money in both 2015 and 2016, ICBC lost $935 million in the first nine months of 2017. There are “significant costs related to legal and administration of litigated claims in the current system,” B.C. Attorney General David Eby has told Canadian Underwriter.

The insurer’s “near- and long-term financial condition is being seriously compromised,” Ernst & Young said in a report released in July 2017.

One way to help staunch the financial bleeding is to develop “proactive care planning and recovery programs,” PwC said its review, released on Feb. 9 2018. This would involve designing treatment plans for specific injuries and playing a “larger role in the design and adherence to treatment plans.”

ICBC could potentially save $15 million to $27 million a year by implementing care planning and recovery programs, PwC said. “The key drivers of the savings are increased oversight on injury claims, reduction in claims duration, and a modest reduction [in the number of claimants represented by lawyers] due to elected adherence to recommended treatment plans.”

Claims costs for ICBC were 58% higher in 2016 than in 2012 due to several factors, including an increase in the number of claimants hiring lawyers to represent them, PwC said.

When a claimant hires a lawyer, either for first party accident benefits or to pursue a tort claim, “ICBC can no longer interact directly with the claimant or recommend a course of treatment, unless the claimant chooses to divulge their care plan,” PwC said.

In Ontario, Finance Minister Charles Sousa announced this past December there the province will introduce “standard treatment plans for common collision injuries such as sprains, strains and whiplash.”

More News
Related
Let the private market compete in British Columbia: IBC
Devious ways your clients are trying to get better auto rates
The untapped potential of telematics in auto claims
How often are people scamming insurers with cheque fraud?