David Eby said the government introduced an online survey Monday that poses questions about the public mood to realign coverage at the Insurance Corp. of British Columbia in order to offer major incentives for low-risk drivers by changing discount and penalty provisions. 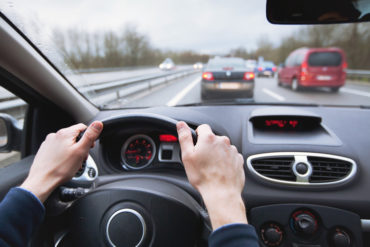 The proposed changes are part of the government’s plan to modernize the Crown corporation and restore its dismal finances, which Eby has described as a “dumpster fire.” The provincial budget forecasts a $1.3-billion deficit at ICBC this year.

Eby said the government wants to hear from people in B.C. about the government’s plans for change. The public consultation ends April 5.

Last month, he said the government will introduce legislation to change ICBC, including a $5,500 cap on claim payouts for minor pain and suffering.

The survey asks for input on changing policies for at-fault crashes, discounts and penalties.

“Car insurance rates in our province aren’t fair,” Eby says in a video on the government website. “Low-risk drivers with perfect records are paying more than they should. High-risk drivers who are driving up costs for everyone aren’t paying enough. We want to fix this problem.”

The government says the auto insurance rating system is 30 years old and has not been updated in 10 years.

More News
Related
Making ICBC a co-op one option for B.C., competition must be part of any option selected: taxpayers federation
How legalizing pot will affect your insurance policies
Ontario township not liable for under-insured taxi: Court
If politicians get rid of territorial ratings, then what?